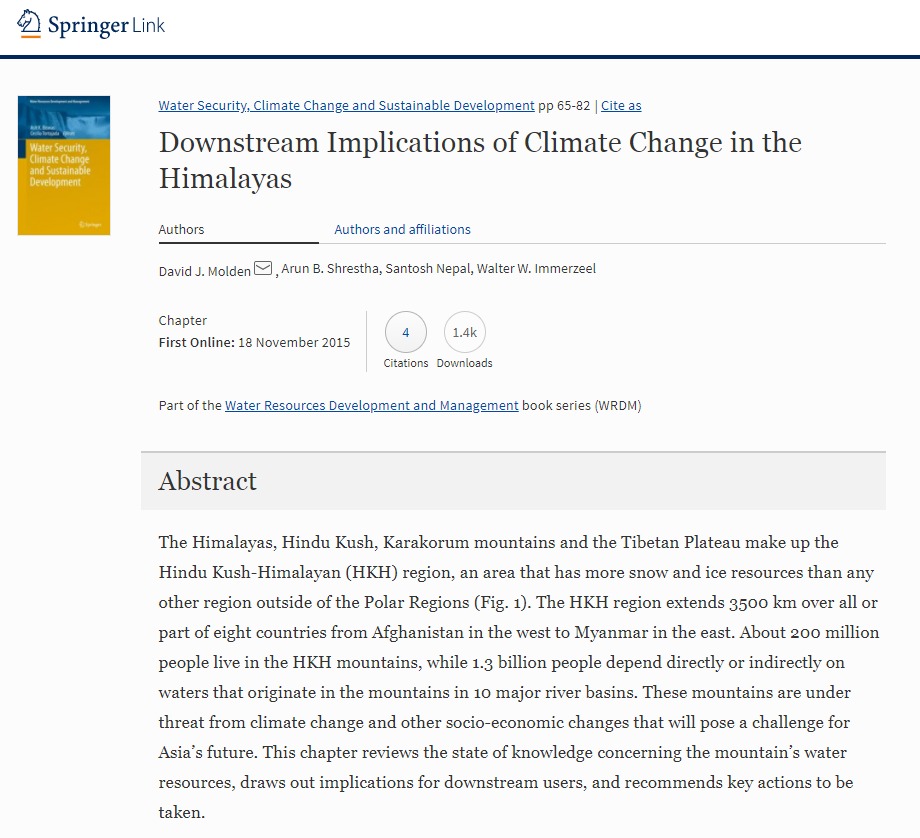 Downstream Implications of Climate Change in the Himalayas

The Himalayas, Hindu Kush, Karakorum mountains and the Tibetan Plateau make up the Hindu Kush-Himalayan (HKH) region, an area that has more snow and ice resources than any other region outside of the Polar Regions (Fig. 1). The HKH region extends 3500 km over all or part of eight countries from Afghanistan in the west to Myanmar in the east. About 200 million people live in the HKH mountains, while 1.3 billion people depend directly or indirectly on waters that originate in the mountains in 10 major river basins. These mountains are under threat from climate change and other socio-economic changes that will pose a challenge for Asiaâ€™s future. This chapter reviews the state of knowledge concerning the mountains water resources, draws out implications for downstream users, and recommends key actions to be taken.