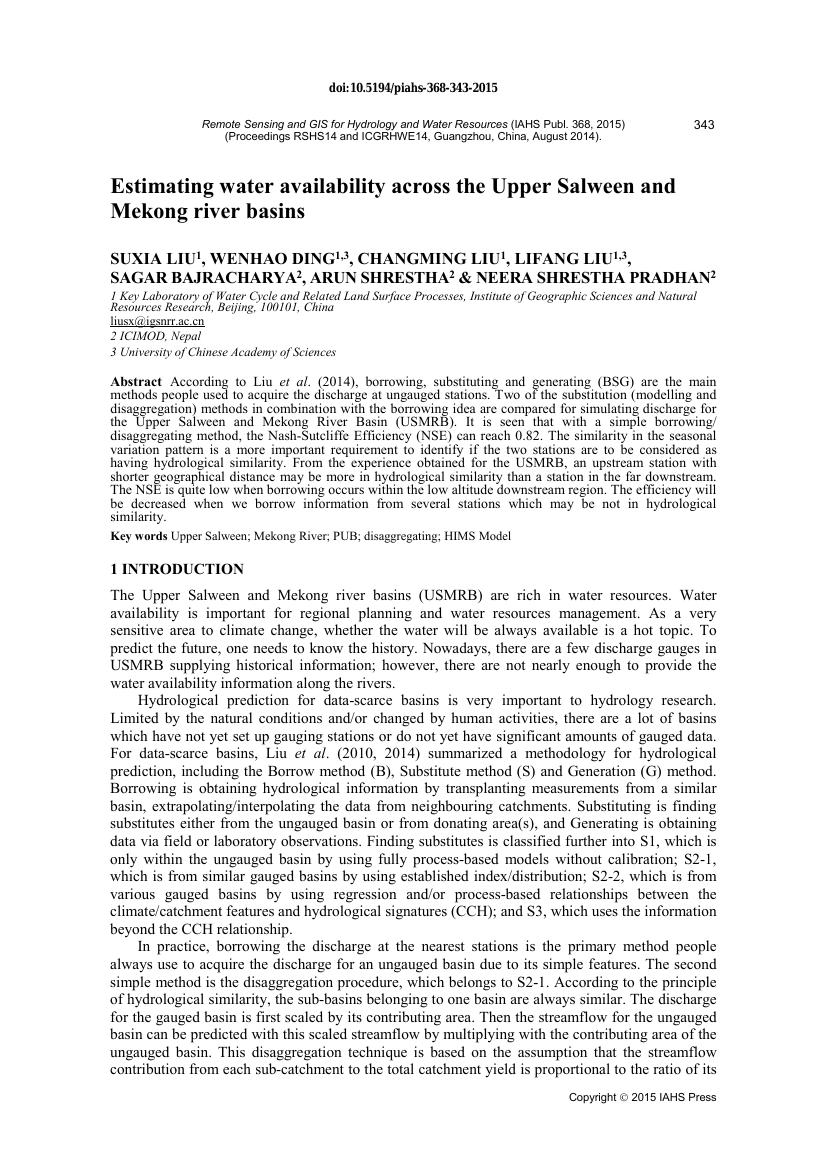 According to the methodology of prediction for ungauged basins (PUB) as documented elsewhere, borrowing, substituting and generating (BSG) are the main methods people used to acquire the discharge at ungauged stations. Two of substituting (modelling and disaggregation) methods with the combination with borrowing idea are compared for simulating discharge for Upper Salween and Mekong River Basin (USMRB). It is seen that simple borrowing/disaggregating method can reach the Nash-Sutcliffe Efficiency (NSE) being 0.82. The similarity in seasonal variation pattern is an important requirement to identify if the two stations are in hydrological similarity. From the experience we get from USMRB, upstream stations with shorter geographical distance may be more in hydrological similarity than the stations in the far downstream. NSE is quite low when borrowing occurs within the low altitude downstream region. The efficiency is low when information is borrowed from stations which are not in hydrological similarity.