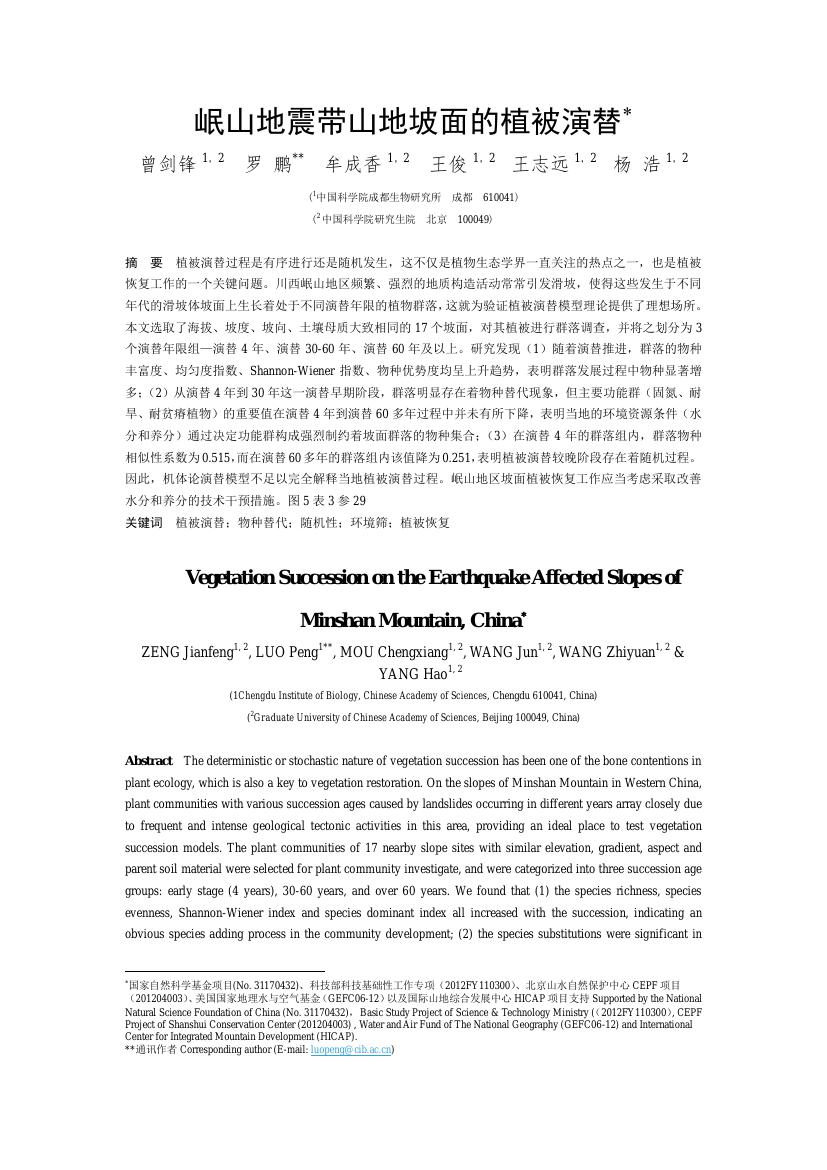 The deterministic or stochastic nature of vegetation succession has been a bone of contention in plant ecology, and at the same time a key to vegetation restoration. On the slopes of the Minshan Mountain in Western China, frequent and intense geological tectonic activities cause plant communities with various succession ages array closely together, providing an ideal platform to test vegetation succession models. The plant communities of 17 nearby slope sites with similar elevation, gradient, aspect and parent soil material were selected for plant community investigation. The communities were categorized into three succession age groups: early stage (4 years), 30-60 years, and over 60 years.

Researchers found that (1) the species richness, species evenness, Shannon-Wiener index and species dominant index all increased with the succession, indicating an obvious species adding process in the community development; (2) the species substitutions were significant in early succession (early stage to 30 years), but the importance values of major functional groups (nitrogen fixing species, dry-tolerant species and leanness-resistant species) showed no evidence of decrease from year 4 to year 60 and over, suggesting that physical conditions (water, nutrition) have strongly controlled the species assemblage through the functional group compositions on the sites; (3) the within-group community similarities decreased from over 0.515 in year 4 to 0.251 in year 60 and over, illustrating a tendency of stochastic direction of vegetation succession in the later stage. We concluded that the organismic model does not satisfactorily explain the succession process.