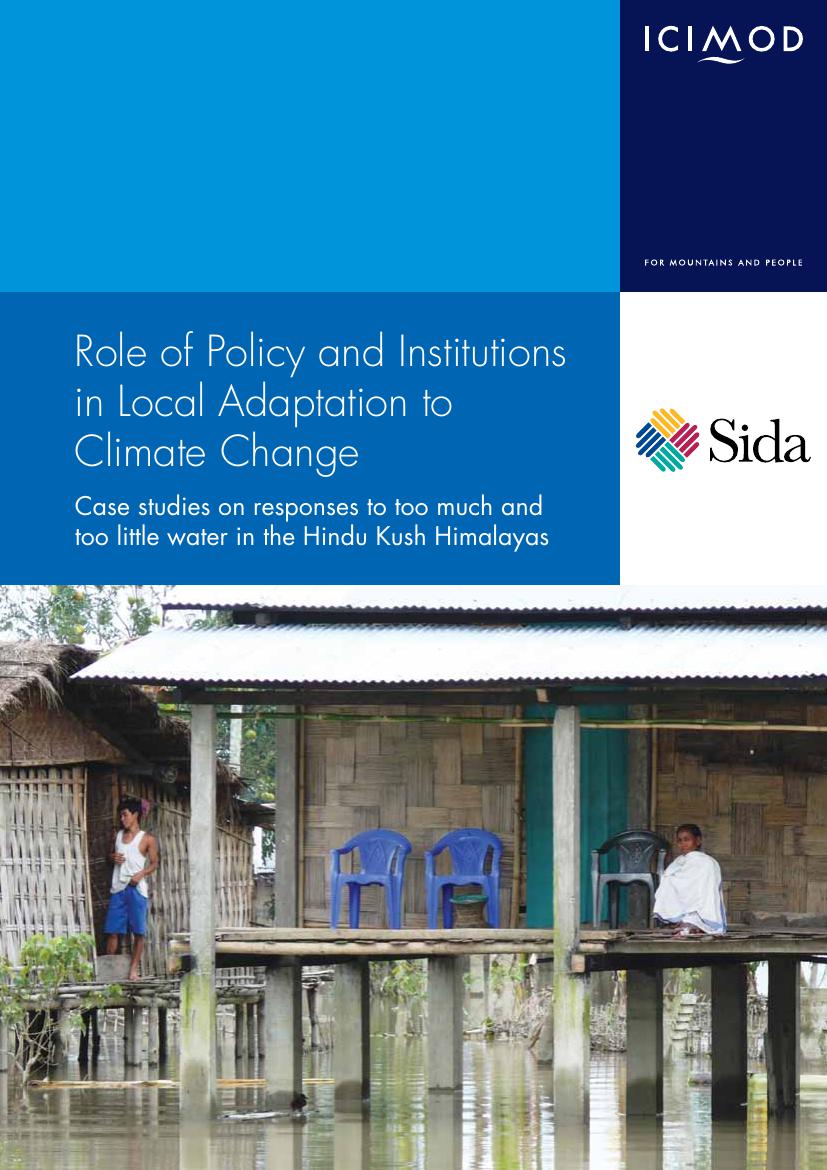 Role of Policy and Institutions in Local Adaptation to Climate Change; Case studies on responses to too much and too little water in the Hindu Kush Himalayas

Climate change impacts in the Hindu Kush Himalayan (HKH) region are particularly severe owing to the large amount of the population depending on climate-sensitive livelihoods such as agriculture. This publication is a result of ICIMOD's collaboration with the Stockholm Environment Institute (SEI), the International Institute for Environment and Development (IIED), and national partners in China, India, Nepal, and Pakistan since 2008 to document, assess, and over the long term - strengthen local strategies for adaptation to flood and drought in and downstream from mountain catchments. While policy and research generally assume that adaptation will occur largely through government-led technical interventions, in practice local households and communities are adapting autonomously, through actions that are independent of structured programmes and policy. The study focuses on how policies and institutions can strengthen community adaptation strategies, specifically to climate-related water stress and floods. Building on the findings of an earlier study, Local Responses to Too Much and Too Little Water in the Greater Himalayan Region (ICIMOD 2009), it examines four key themes: small-scale water management and the role of local institutions; agro-forestry diversification and intensification; infrastructural mitigation measures, including embankments to adapt to floods; and livelihood diversification, including migration. The findings of this study will provide key pointers for future policy development.