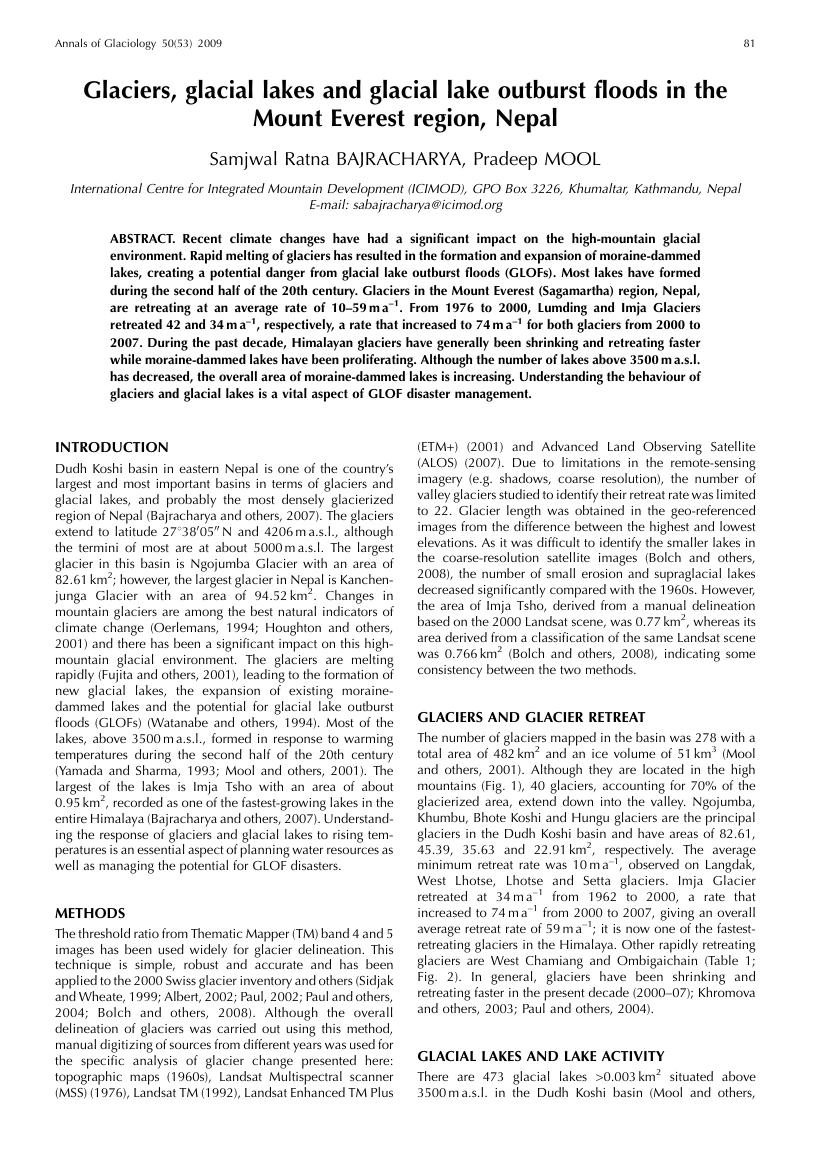 Recent climate changes have had a significant impact on the high-mountain glacial environment. Rapid melting of glaciers has resulted in the formation and expansion of moraine-dammed lakes, creating a potential danger from glacial lake outburst floods (GLOFs). Most lakes have formed during the second half of the 20th century. Glaciers in the Mount Everest (Sagamartha) region, Nepal, are retreating at an average rate of 10-59 m a-1. From 1976 to 2000, Lumding and Imja Glaciers retreated 42 and 34 m a-1, respectively, a rate that increased to 74 m a-1 for both glaciers from 2000 to 2007. During the past decade, Himalayan glaciers have generally been shrinking and retreating faster while moraine-dammed lakes have been proliferating. Although the number of lakes above 3500 m a.s.l. has decreased, the overall area of moraine-dammed lakes is increasing. Understanding the behaviour of glaciers and glacial lakes is a vital aspect of GLOF disaster management.