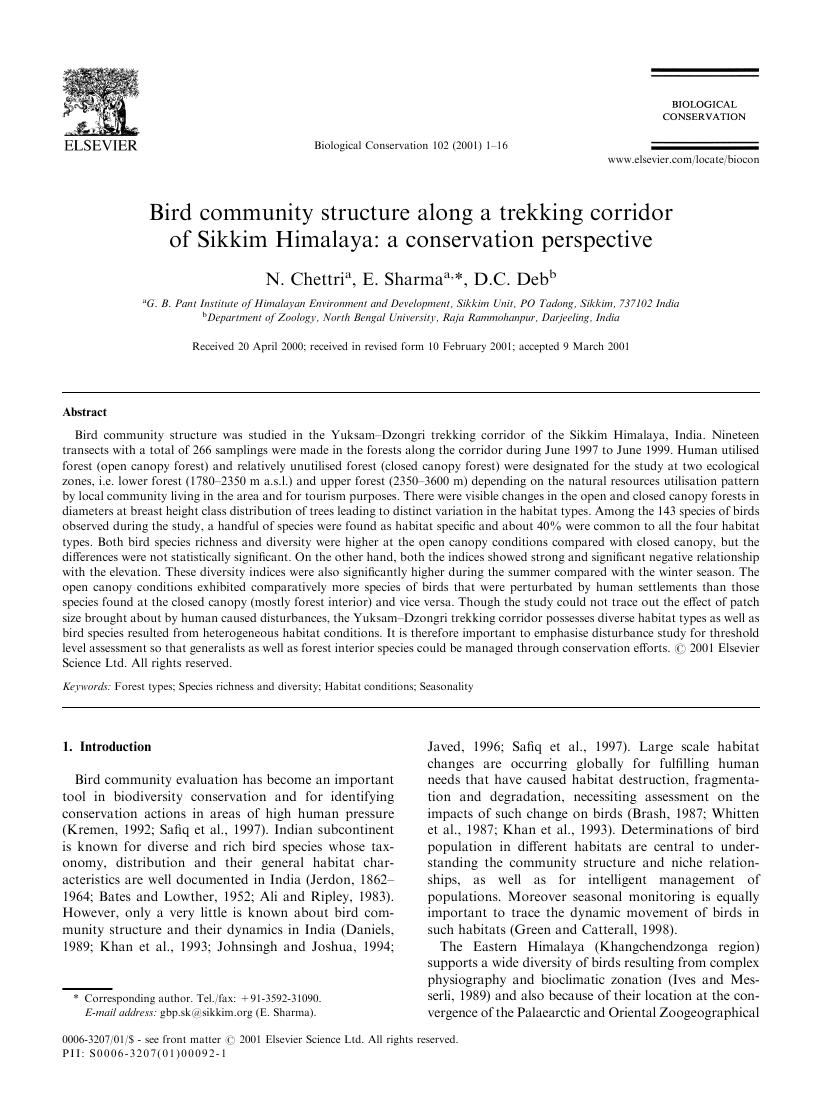 Bird community structure along a trekking corridor of Sikkim Himalaya: a conservation perspective

Bird community structure was studied in the Yuksam–Dzongri trekking corridor of the Sikkim Himalaya, India. Nineteen transects with a total of 266 samplings were made in the forests along the corridor during June 1997 to June 1999. Human utilised forest (open canopy forest) and relatively unutilised forest (closed canopy forest) were designated for the study at two ecological zones, i.e. lower forest (1780–2350 m a.s.l.) and upper forest (2350–3600 m) depending on the natural resources utilisation pattern by local community living in the area and for tourism purposes. There were visible changes in the open and closed canopy forests in diameters at breast height class distribution of trees leading to distinct variation in the habitat types. Among the 143 species of birds observed during the study, a handful of species were found as habitat specific and about 40% were common to all the four habitat types. Both bird species richness and diversity were higher at the open canopy conditions compared with closed canopy, but the differences were not statistically significant. On the other hand, both the indices showed strong and significant negative relationship with the elevation. These diversity indices were also significantly higher during the summer compared with the winter season. The open canopy conditions exhibited comparatively more species of birds that were perturbated by human settlements than those species found at the closed canopy (mostly forest interior) and vice versa. Though the study could not trace out the effect of patch size brought about by human caused disturbances, the Yuksam–Dzongri trekking corridor possesses diverse habitat types as well as bird species resulted from heterogeneous habitat conditions. It is therefore important to emphasise disturbance study for threshold level assessment so that generalists as well as forest interior species could be managed through conservation efforts.
2,610 Views
849 Downloads