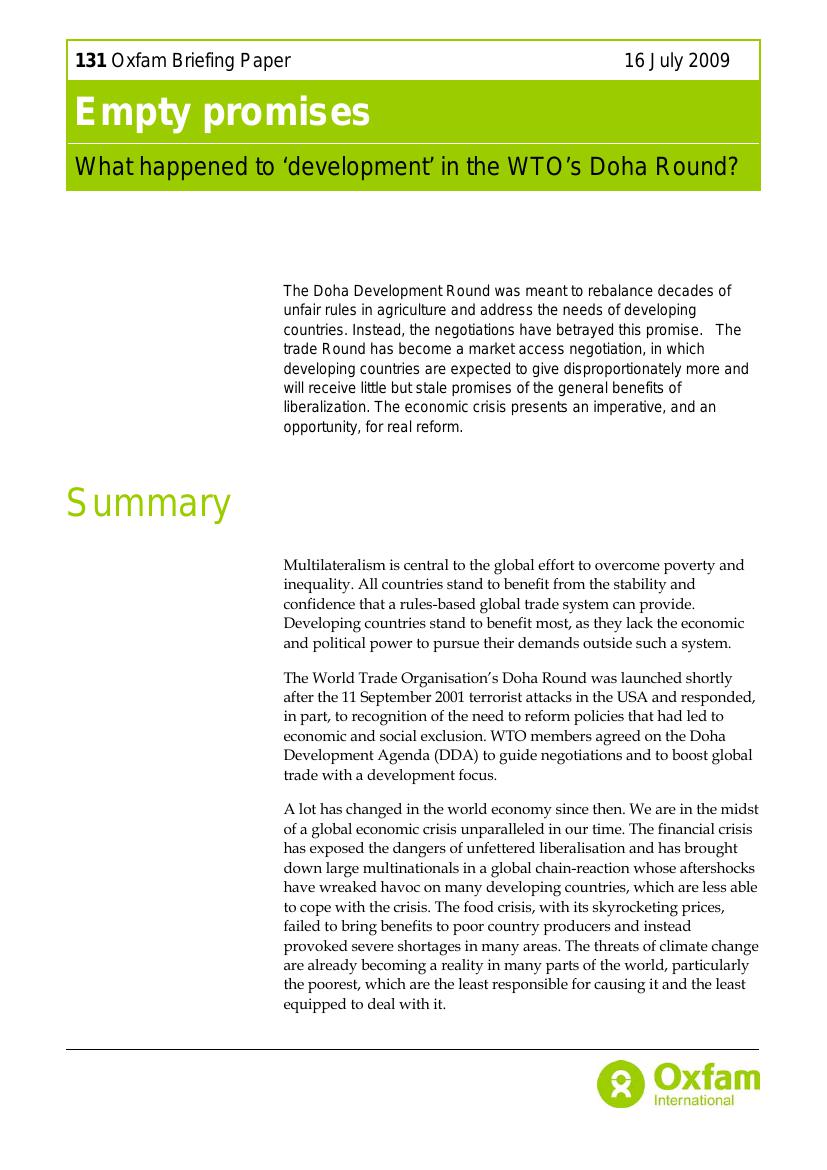 Empty promises: What happened to 'development' in the WTO' s Doha Round? (Executive summary)

The World Trade Organization's Doha Development Round was meant to rebalance decades of unfair rules in agriculture and address the needs of developing countries. Instead, the negotiations have betrayed this promise. The WTO’s trade Round has become a 'market access' negotiation, in which developing countries are expected to give disproportionately more and will receive little but stale promises of the general benefits of liberalisation. Multilateralism is central to the fight against poverty and inequality – its role remains critical for states to work together to protect and develop the rights and opportunities of citizens. But for global policy-making to work in a fair and balanced way, political will is needed. Now is the time for WTO members to come back to the negotiating table and change the course of negotiations, much as they did nearly eight years ago in Doha. The global economic crisis has reminded all countries of the importance of trade for their economies, as trade flows have dropped precipitously, with declining demand and constrained credit. The global economic crisis presents an imperative, and an opportunity, for real reform. Now more than ever, it is necessary to correct the rigged trade rules and skewed benefits that globalisation has given to some countries at the expense of others. In order to put the Doha Round back on the 'development' track, Oxfam recommends that WTO members take actions to: