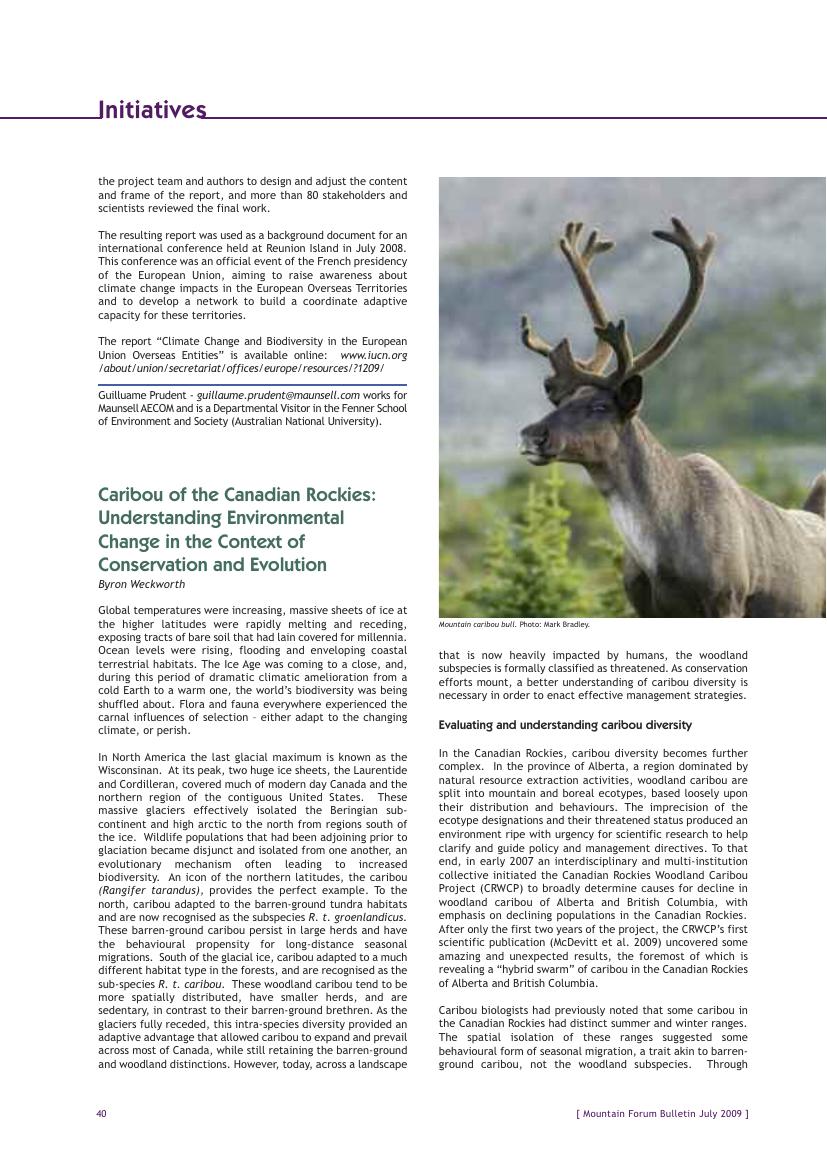 Caribou of the Canadian Rockies: Understanding environmental change in the context of conservation and evolution

Global temperatures were increasing, massive sheets of ice at the higher latitudes were rapidly melting and receding, exposing tracts of bare soil that had lain covered for millennia. Ocean levels were rising, flooding and enveloping coastal terrestrial habitats. The Ice Age was coming to a close, and, during this period of dramatic climatic amelioration from a cold Earth to a warm one, the world's biodiversity was being shuffled about. Flora and fauna everywhere experienced the carnal influences of selection - either adapt to the changing climate, or perish. This article describes the environmental changes experienced by caribou in the Canadian Rockies.
732 Views
42 Downloads