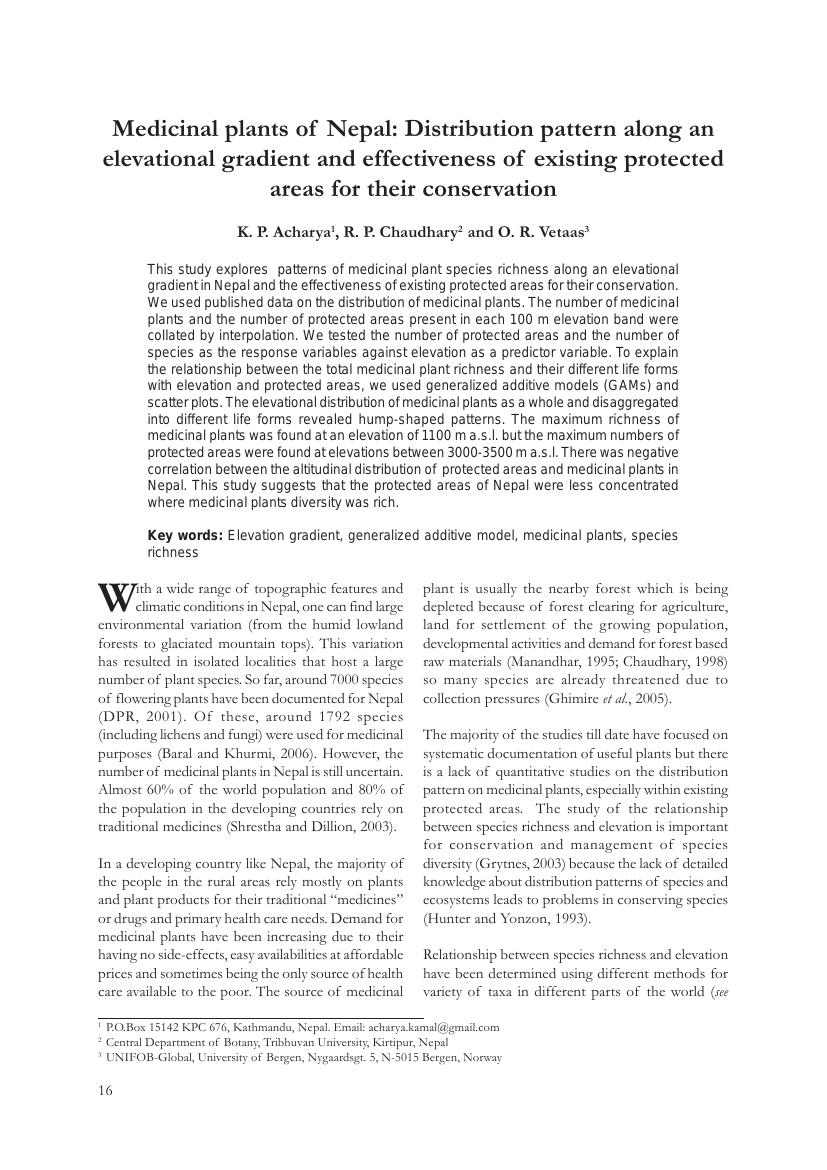 Medicinal plants of Nepal: Distribution pattern along an elevational gradient and effectiveness of existing protected areas for their conservation