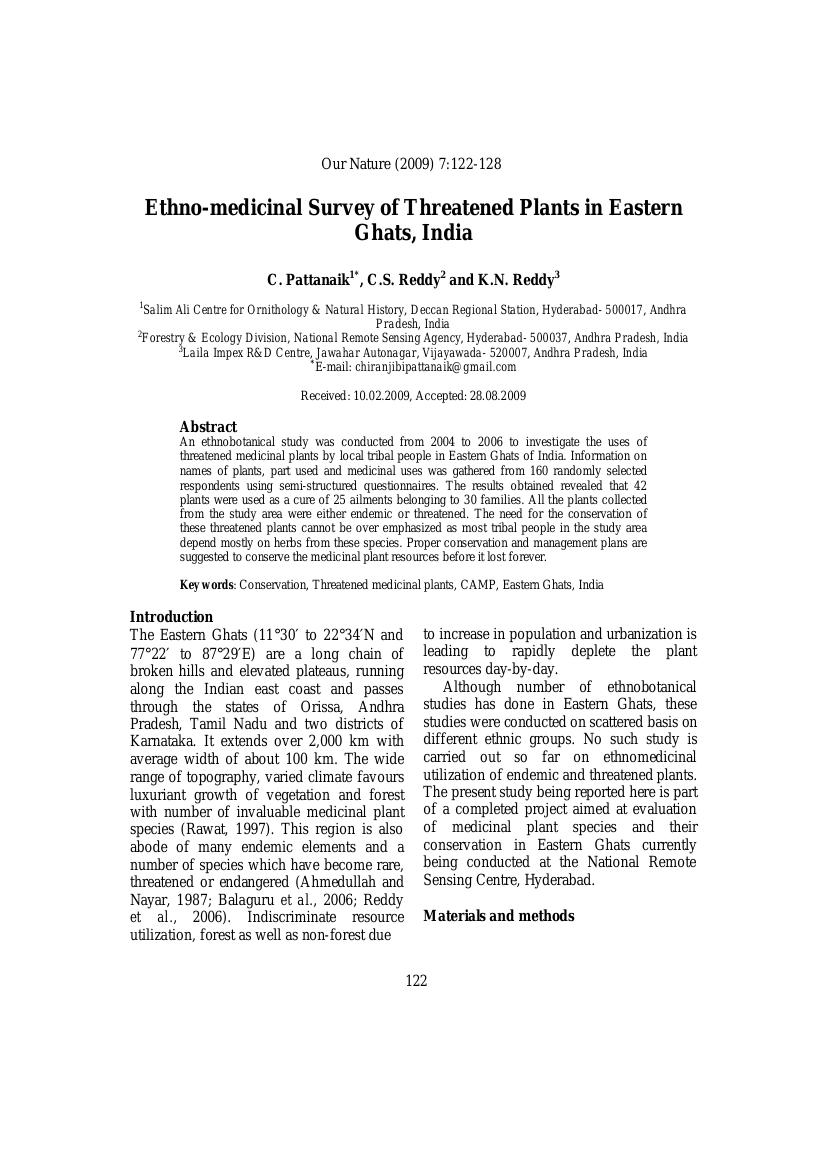 An ethnobotanical study was conducted from 2004 to 2006 to investigate the uses of threatened medicinal plants by local tribal people in Eastern Ghats of India. Information on names of plants, part used and medicinal uses was gathered from 160 randomly selected respondents using semi-structured questionnaires. The results obtained revealed that 42 plants were used as a cure of 25 ailments belonging to 30 families. All the plants collected from the study area were either endemic or threatened. The need for the conservation of these threatened plants cannot be over emphasized as most tribal people in the study area depend mostly on herbs from these species. Proper conservation and management plans are suggested to conserve the medicinal plant resources before it lost forever.