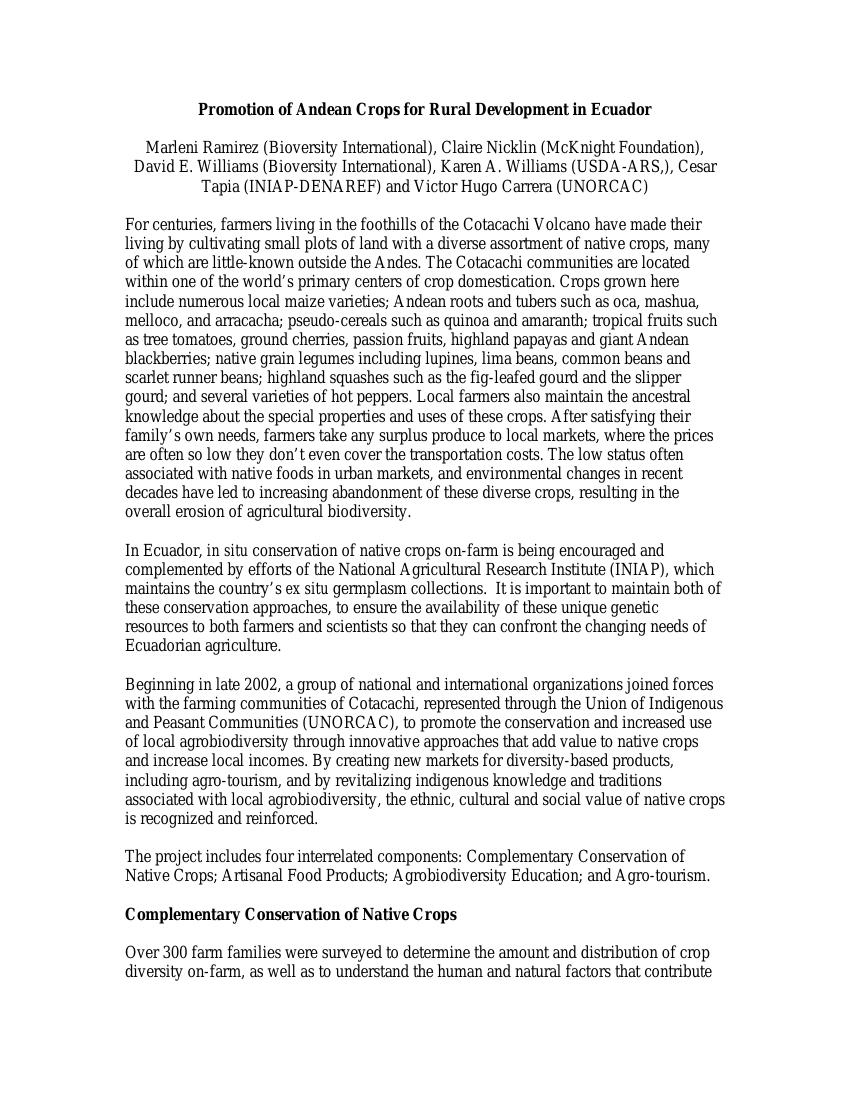 Promotion of Andean crops for rural development in Ecuador

For centuries, farmers living in the foothills of the Cotacachi Volcano have made their living by cultivating small plots of land with a diverse assortment of native crops, many of which are little-known outside the Andes. The Cotacachi communities are located within one of the world’s primary centers of crop domestication. Crops grown here include numerous local maize varieties; Andean roots and tubers such as oca, mashua, melloco, and arracacha; pseudo-cereals such as quinoa and amaranth; tropical fruits such as tree tomatoes, ground cherries, passion fruits, highland papayas and giant Andean blackberries; native grain legumes including lupines, lima beans, common beans and scarlet runner beans; highland squashes such as the fig-leafed gourd and the slipper gourd; and several varieties of hot peppers. Local farmers also maintain the ancestral knowledge about the special properties and uses of these crops. After satisfying their family’s own needs, farmers take any surplus produce to local markets, where the prices are often so low they don’t even cover the transportation costs. The low status often associated with native foods in urban markets, and environmental changes in recent decades have led to increasing abandonment of these diverse crops, resulting in the overall erosion of agricultural biodiversity.
Download full document