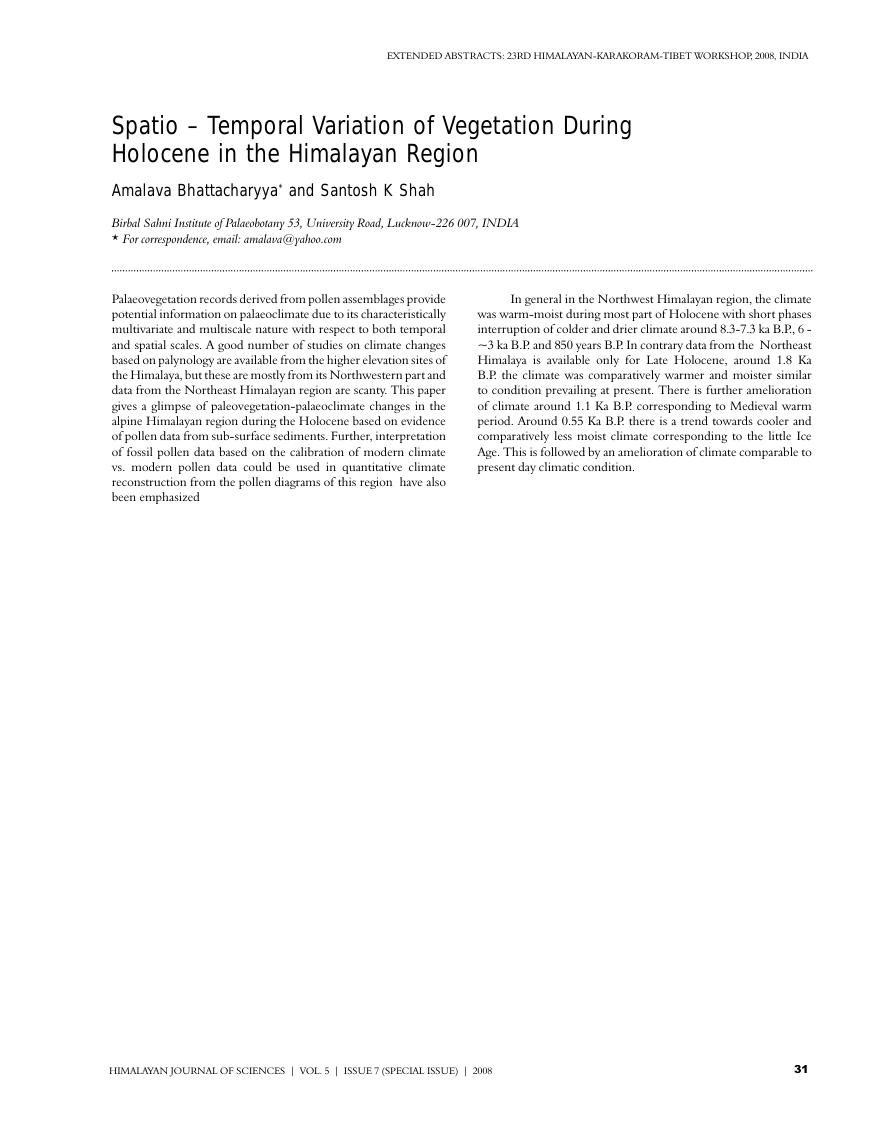 Spatio ? temporal variation of vegetation during Holocene in the Himalayan region

Palaeovegetation records derived from pollen assemblages provide potential information on palaeoclimate due to its characteristically multivariate and multiscale nature with respect to both temporal and spatial scales. A good number of studies on climate changes based on palynology are available from the higher elevation sites of the Himalaya, but these are mostly from its Northwestern part and data from the Northeast Himalayan region are scanty. This paper gives a glimpse of paleovegetation-palaeoclimate changes in the alpine Himalayan region during the Holocene based on evidence of pollen data from sub-surface sediments. Further, interpretation of fossil pollen data based on the calibration of modern climate vs. modern pollen data could be used in quantitative climate reconstruction from the pollen diagrams of this region have also been emphasised.
1,024 Views
80 Downloads