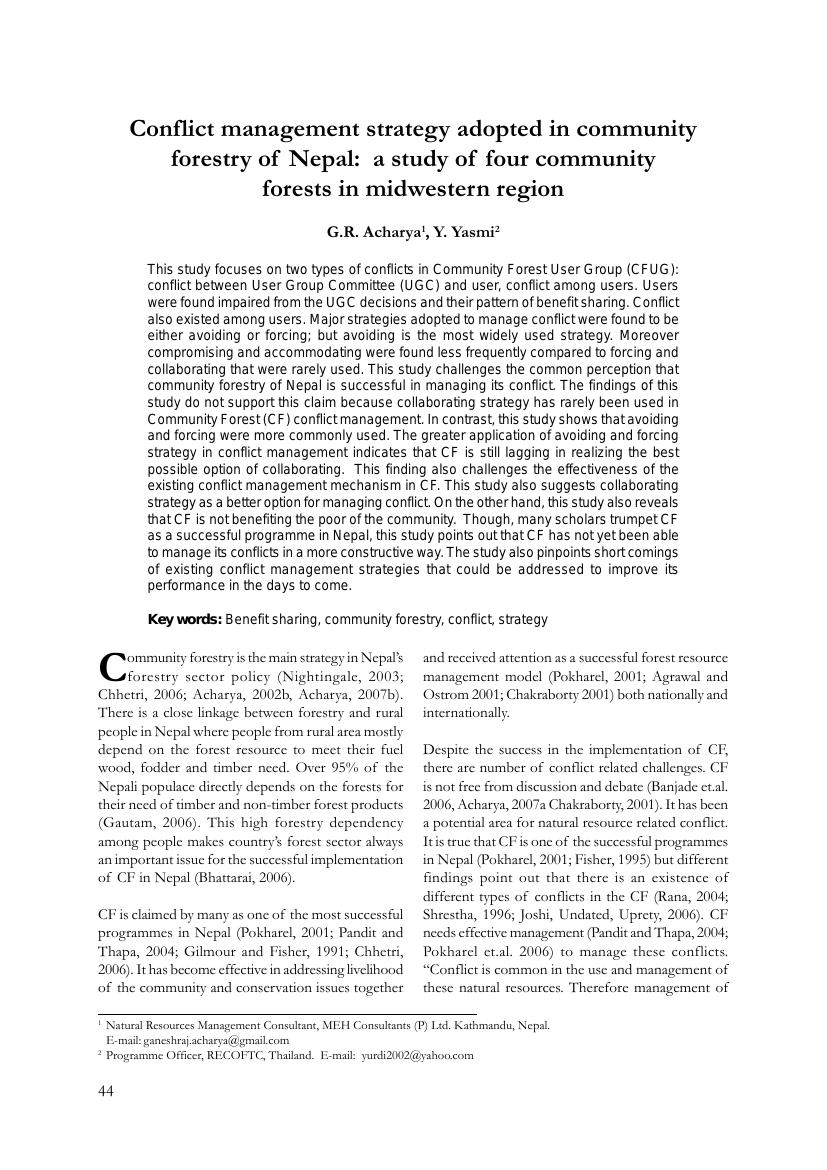 This study focuses on two types of conflicts in Community Forest User Group (CFUG): conflict between User Group Committee (UGC) and user, conflict among users. Users were found impaired from the UGC decisions and their pattern of benefit sharing. Conflict also existed among users. Major strategies adopted to manage conflict were found to be either avoiding or forcing; but avoiding is the most widely used strategy. Moreover compromising and accommodating were found less frequently compared to forcing and collaborating that were rarely used. This study challenges the common perception that community forestry of Nepal is successful in managing its conflict. The findings of this study do not support this claim because collaborating strategy has rarely been used in Community Forest (CF) conflict management. In contrast, this study shows that avoiding and forcing were more commonly used. The greater application of avoiding and forcing strategy in conflict management indicates that CF is still lagging in realizing the best possible option of collaborating. This finding also challenges the effectiveness of the existing conflict management mechanism in CF. This study also suggests collaborating strategy as a better option for managing conflict. On the other hand, this study also reveals that CF is not benefiting the poor of the community. Though, many scholars trumpet CF as a successful programme in Nepal, this study points out that CF has not yet been able to manage its conflicts in a more constructive way. The study also pinpoints short comings of existing conflict management strategies that could be addressed to improve its performance in the days to come.
1,088 Views
52 Downloads