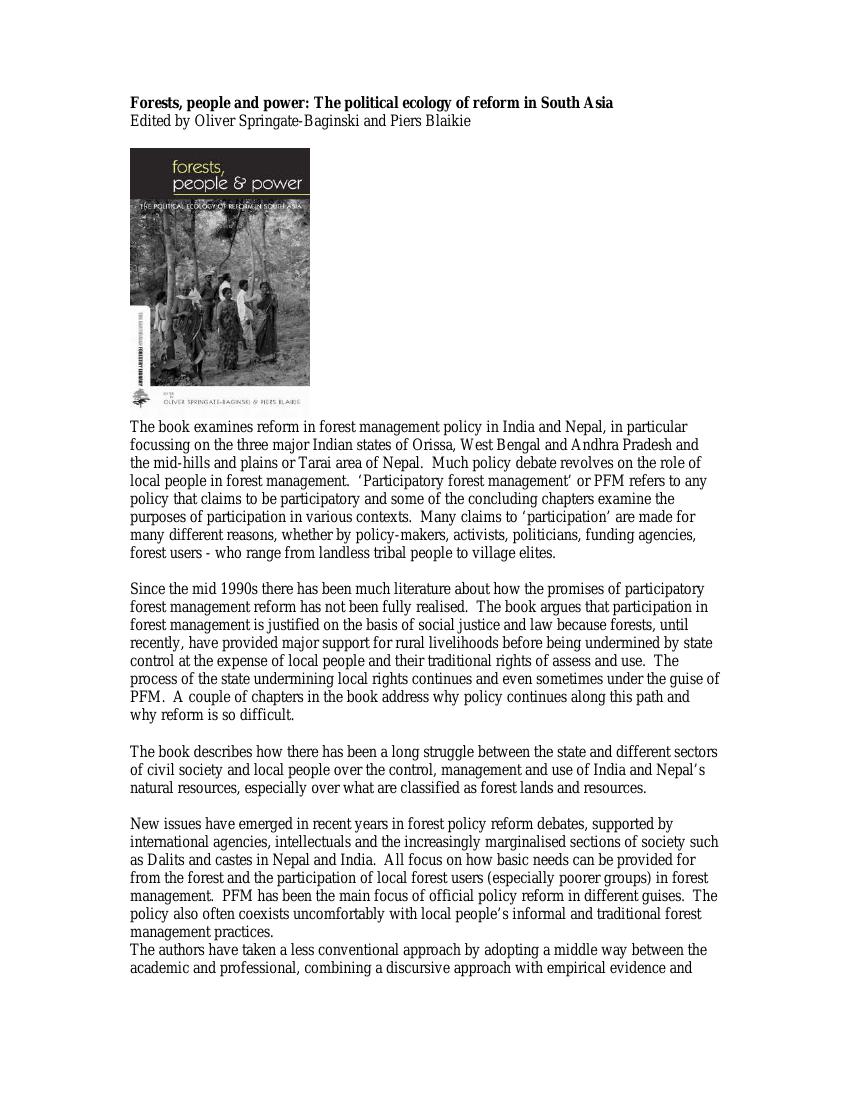 Forests, people and power: The political ecology of reform in south Asia

The book examines reform in forest management policy in India and Nepal, in particular focussing on the three major Indian states of Orissa, West Bengal and Andhra Pradesh and the mid-hills and plains or Tarai area of Nepal. Much policy debate revolves on the role of local people in forest management. ?Participatory forest management? or PFM refers to any policy that claims to be participatory and some of the concluding chapters examine the purposes of participation in various contexts. Many claims to ?participation? are made for many different reasons, whether by policy-makers, activists, politicians, funding agencies, forest users - who range from landless tribal people to village elites. Forests, people and power: The political ecology of reform in South Asia, edited by Oliver Springate-Baginski and Piers Blaikie
835 Views
304 Downloads