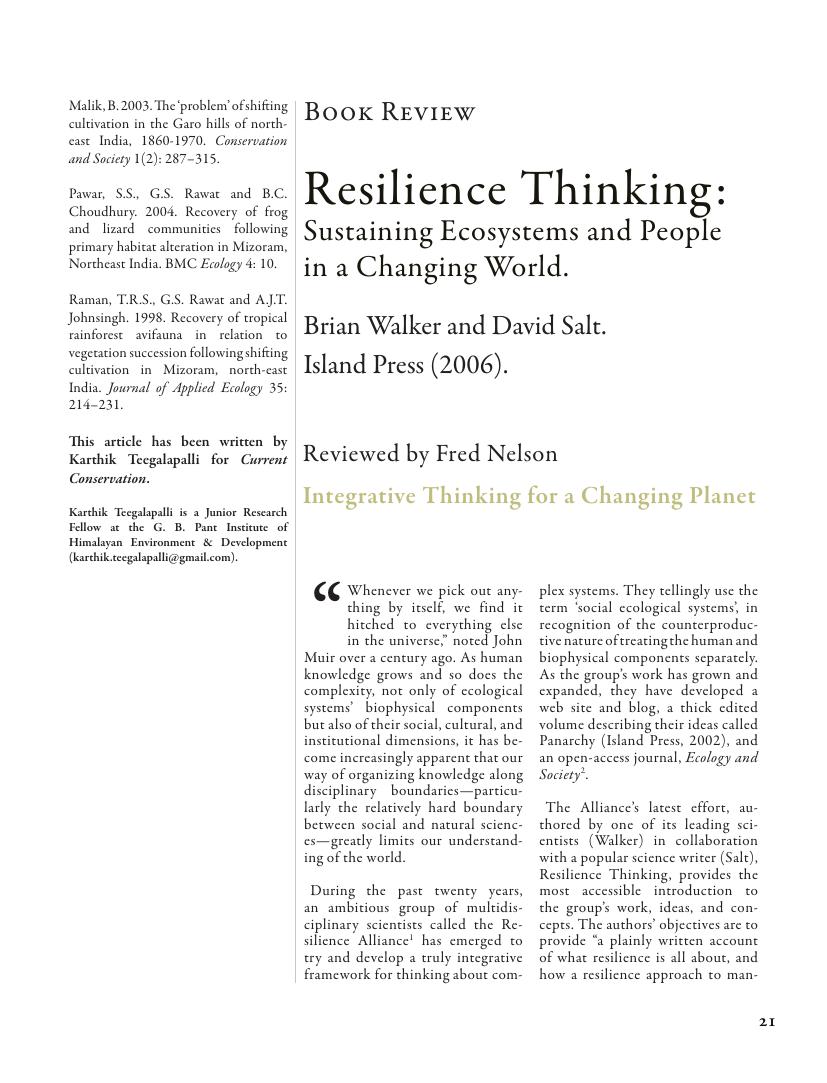 Resilience thinking: Sustaining ecosystems and people in a changing world

As human knowledge grows and so does the complexity, not only of ecological systems’ biophysical components but also of their social, cultural, and institutional dimensions, it has become increasingly apparent that the way of organizing knowledge along disciplinary boundaries — particularly the relatively hard boundary between social and natural sciences — greatly limits understanding of the world. During the past twenty years, an ambitious group of multidisciplinary scientists called the Resilience Alliance  has emerged to try and develop a truly integrative framework for thinking about complex complex systems. They tellingly use the term ‘social ecological systems’, in  recognition of the counterproductive nature of treating the human and biophysical components separately. As the group’s work has grown and expanded, they have developed a web site and blog, a thick edited volume describing their ideas called Panarchy (Island Press, 2002), and an open-access journal, Ecology and Society.