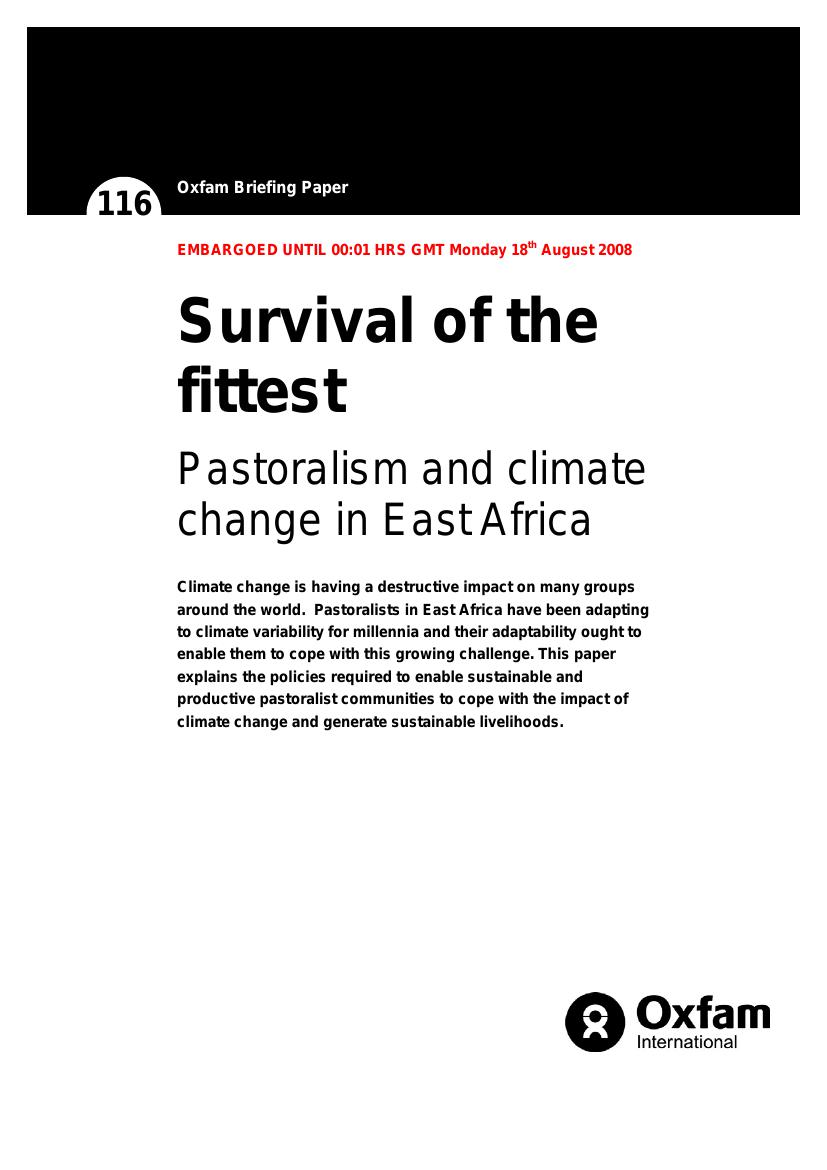 Survival of the fittest: Pastoralism and climate change in East Africa

In sub-Saharan Africa mobile pastoralism is predominantly practised in arid and semi-arid lands. These lands are hot and dry, with low and erratic rainfall. There are not many livelihoods suited to this unpredictable environment, but pastoralism is particularly appropriate, because it enables people to adapt by moving livestock according to the shifting availability of water and pasture. Pastoralism makes a significant contribution to gross domestic product (GDP) in many East African countries (around ten per cent in Kenya); it provides the majority of meat consumed in those countries; and provides a livelihood for tens of millions of people who live there. Pastoralists are the custodians of dryland environments, providing services through good rangeland management including biodiversity conservation, and wildlife tourism. Despite providing such value, pastoralist areas in East African countries tend to have the highest incidence of poverty and the least access to basic services compared with other areas. In the pastoralist areas in northern Uganda, 64 per cent of the population live below the poverty line, compared with 38 per cent nationally.