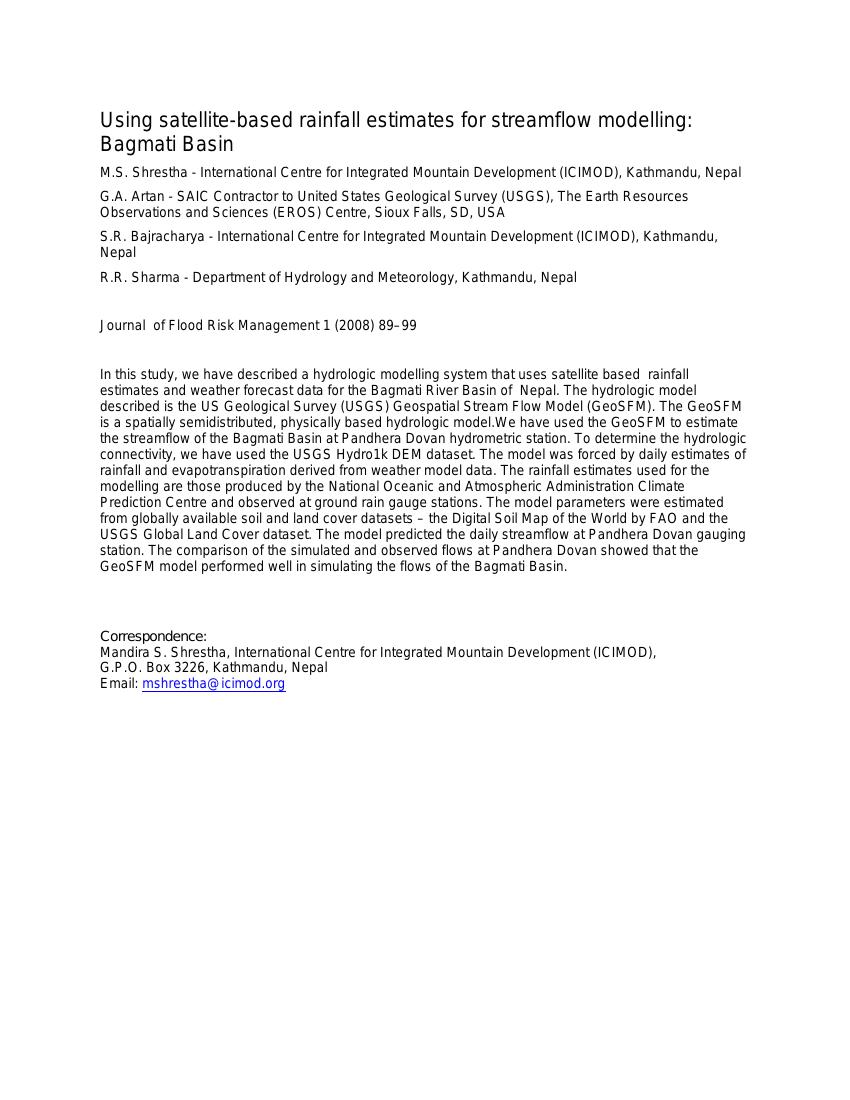 In this study, a hydrologic modelling system that uses satellite based&nbsp; rainfall estimates and weather forecast data for the Bagmati River Basin of&nbsp; Nepal is described. The hydrologic model described is the US Geological Survey (USGS) Geospatial Stream Flow Model (GeoSFM). The GeoSFM is a spatially semidistributed, physically based hydrologic model.We have used the GeoSFM to estimate the streamflow of the Bagmati Basin at Pandhera Dovan hydrometric station. To determine the hydrologic connectivity, the USGS Hydro1k DEM dataset is used. The model was forced by daily estimates of rainfall and evapotranspiration derived from weather model data. The rainfall estimates used for the modelling are those produced by the National Oceanic and Atmospheric Administration Climate Prediction Centre and observed at ground rain gauge stations. The model parameters were estimated from globally available soil and land cover datasets &ndash; the Digital Soil Map of the World by FAO and the USGS Global Land Cover dataset. The model predicted the daily streamflow at Pandhera Dovan gauging station. The comparison of the simulated and observed flows at Pandhera Dovan showed that the GeoSFM model performed well in simulating the flows of the Bagmati Basin.