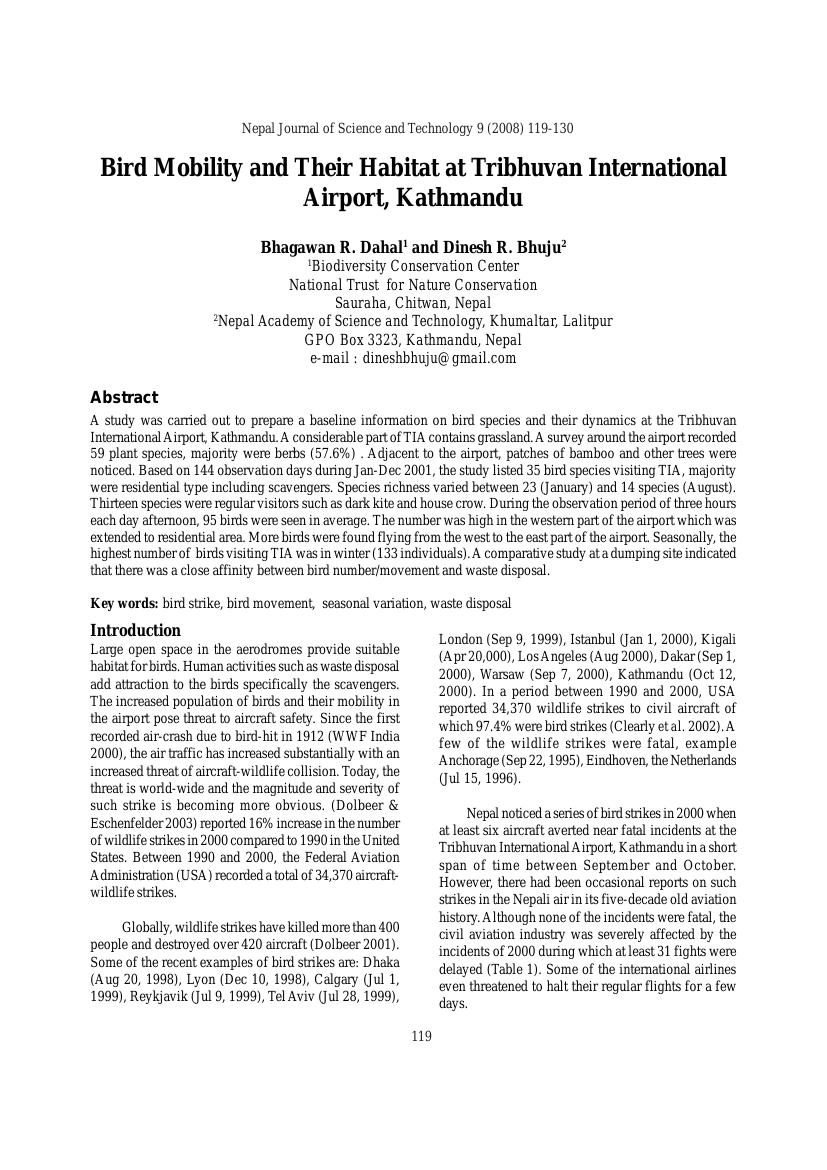 Bird mobility and their habitat at Tribhuvan International Airport, Kathmandu

A study was carried out to prepare a baseline information on bird species and their dynamics at the Tribhuvan International Airport, Kathmandu. A considerable part of TIA contains grassland. A survey around the airport recorded 59 plant species, majority were berbs (57.6%). Adjacent to the airport, patches of bamboo and other trees were noticed. Based on 144 observation days during Jan-Dec 2001, the study listed 35 bird species visiting TIA, majority were residential type including scavengers. Species richness varied between 23 (January) and 14 species (August). Thirteen species were regular visitors such as dark kite and house crow. During the observation period of three hours each day afternoon, 95 birds were seen on average. The number was high in the western part of the airport which extended into a residential area. More birds were found flying from the west to the east part of the airport. Seasonally, the highest number of birds visiting TIA was in winter (133 individuals). A comparative study at a dumping site indicated that there was a close affinity between bird number/movement and waste disposal.
1,799 Views
195 Downloads