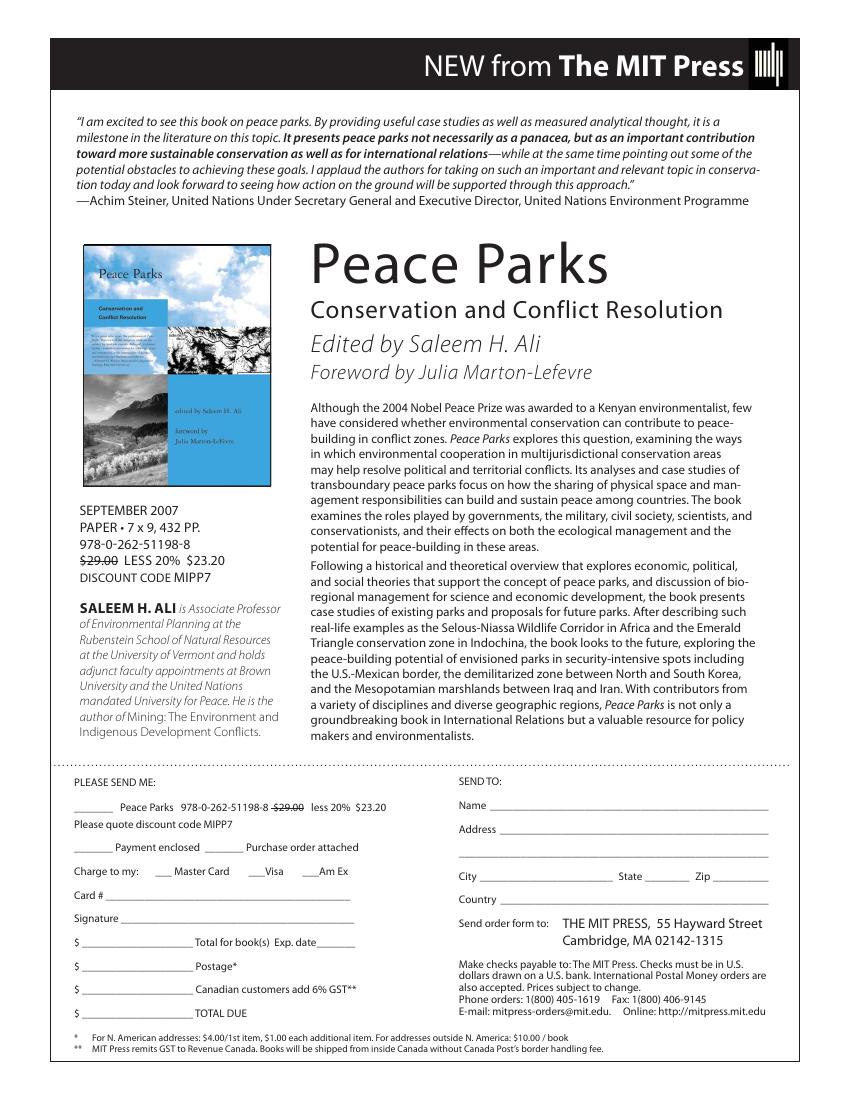 Although the 2004 Nobel Peace Prize was awarded to a Kenyan environmentalist, few have considered whether environmental conservation can contribute to peacebuilding in confl ict zones. Peace Parks explores this question, examining the ways in which environmental cooperation in multijurisdictional conservation areas may help resolve political and territorial confl icts. Its analyses and case studies of transboundary peace parks focus on how the sharing of physical space and management responsibilities can build and sustain peace among countries. The book examines the roles played by governments, the military, civil society, scientists, and conservationists, and their effects on both the ecological management and the potential for peace-building in these areas. Following a historical and theoretical overview that explores economic, political, and social theories that support the concept of peace parks, and discussion of bioregional management for science and economic development, the book presents case studies of existing parks and proposals for future parks. After describing such real-life examples as the Selous-Niassa Wildlife Corridor in Africa and the Emerald Triangle conservation zone in Indochina, the book looks to the future, exploring the peace-building potential of envisioned parks in security-intensive spots including the U.S.-Mexican border, the demilitarized zone between North and South Korea, and the Mesopotamian marshlands between Iraq and Iran. With contributors from a variety of disciplines and diverse geographic regions, Peace Parks is not only a groundbreaking book in International Relations but a valuable resource for policy makers and environmentalists.
1,813 Views
989 Downloads