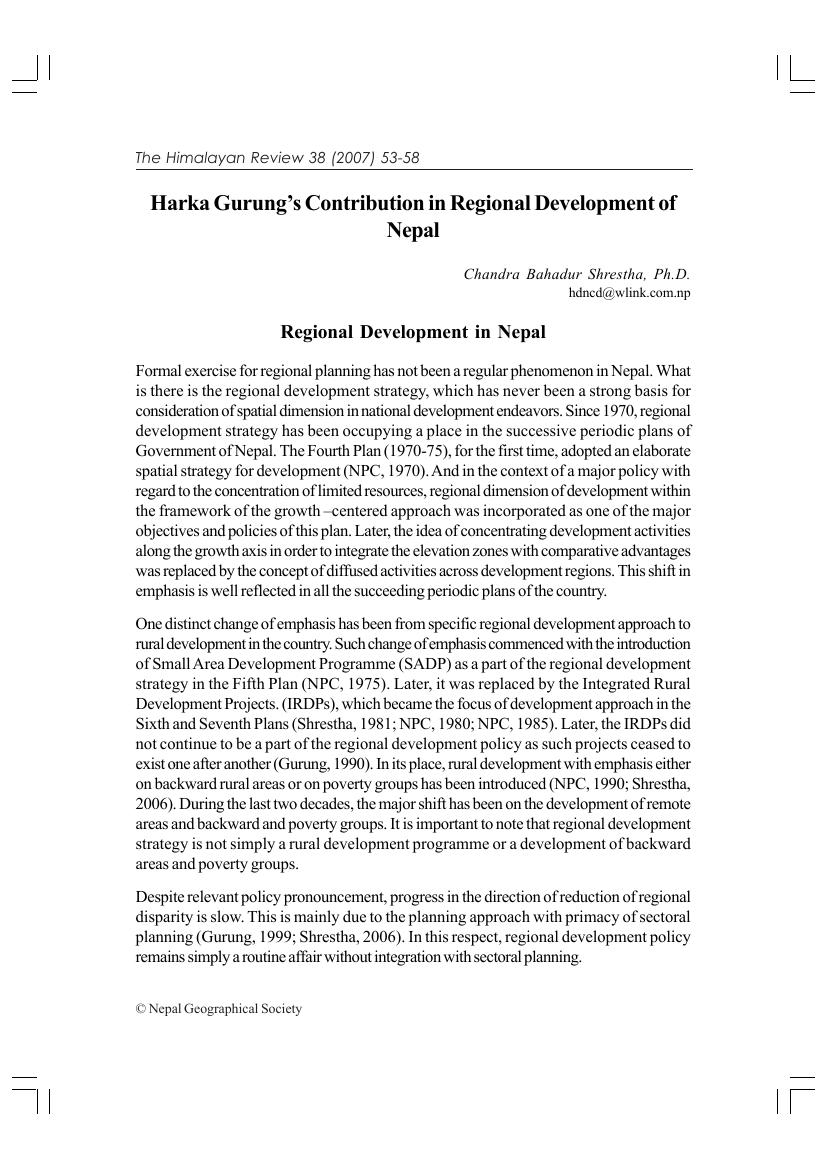 Formal exercise for regional planning has not been a regular phenomenon in Nepal. What is there is the regional development strategy, which has never been a strong basis for consideration of spatial dimension in national development endeavours. Since 1970, regional development strategy has been occupying a place in the successive periodic plans of Government of Nepal. The Fourth Plan (1970-75), for the first time, adopted an elaborate spatial strategy for development. In the context of a major policy with regard to the concentration of limited resources, a regional dimension of development within the framework of the growth–centered approach was incorporated as one of the major objectives and policies of this plan. Later, the idea of concentrating development activities along the growth axis in order to integrate the elevation zones with comparative advantages was replaced by the concept of diffused activities across development regions. This shift in emphasis is well reflected in all the succeeding periodic plans of the country.
882 Views
114 Downloads