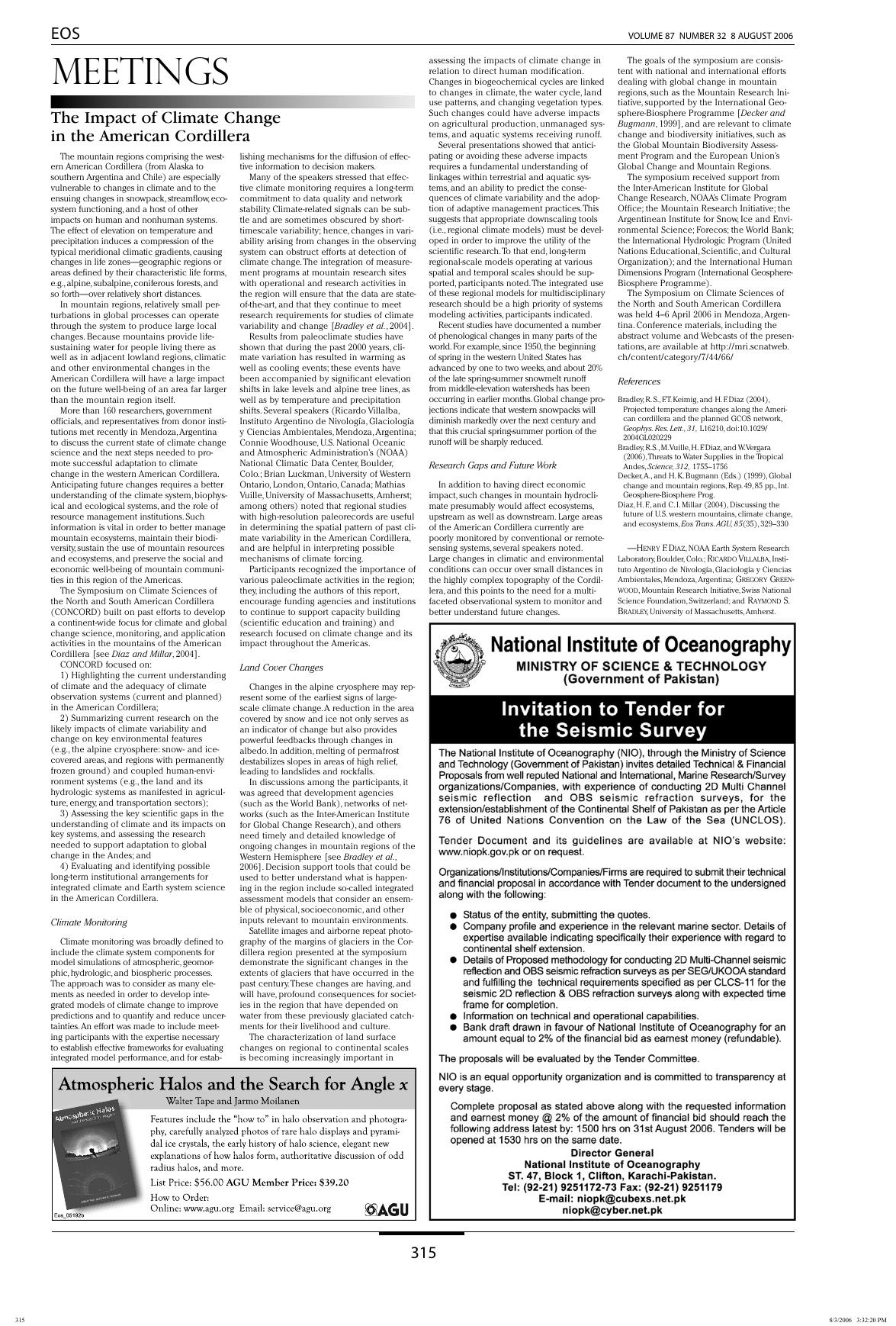 The impact of climate change in the American Cordillera

The mountain regions comprising the western American Cordillera (from Alaska to southern Argentina and Chile) are especially vulnerable to changes in climate and to the ensuing changes in snowpack, streamflow, ecosystem functioning, and a host of other impacts on human and nonhuman systems. The effect of elevation on temperature and precipitation induces a compression of the typical meridional climatic gradients, causing changes in life zones - geographic regions or areas defined by their characteristic life forms, e.g., alpine, subalpine, coniferous forests, and so forth - over relatively short distances. In mountain regions, relatively small perturbations in global processes can operate through the system to produce large local changes. Because mountains provide life-sustaining water for people living there as well as in adjacent lowland regions, climatic and other environmental changes in the American Cordillera will have a large impact on the future well-being of an area far larger than the mountain region itself. More than 160 researchers, government officials, and representatives from donor institutions met recently in Mendoza, Argentina to discuss the current state of climate change science and the next steps needed to promote successful adaptation to climate change in the western American Cordillera. Anticipating future changes requires a better understanding of the climate system, biophysical and ecological systems, and the role of resource management institutions. Such information is vital in order to better manage mountain ecosystems, maintain their biodiversity, sustain the use of mountain resources and ecosystems, and preserve the social and economic well-being of mountain communities in this region of the Americas. The Symposium on Climate Sciences of the North and South American Cordillera (CONCORD) built on past efforts to develop a continent-wide focus for climate and global change science, monitoring and application activities in the mountains of the American Cordillera.
Download full document