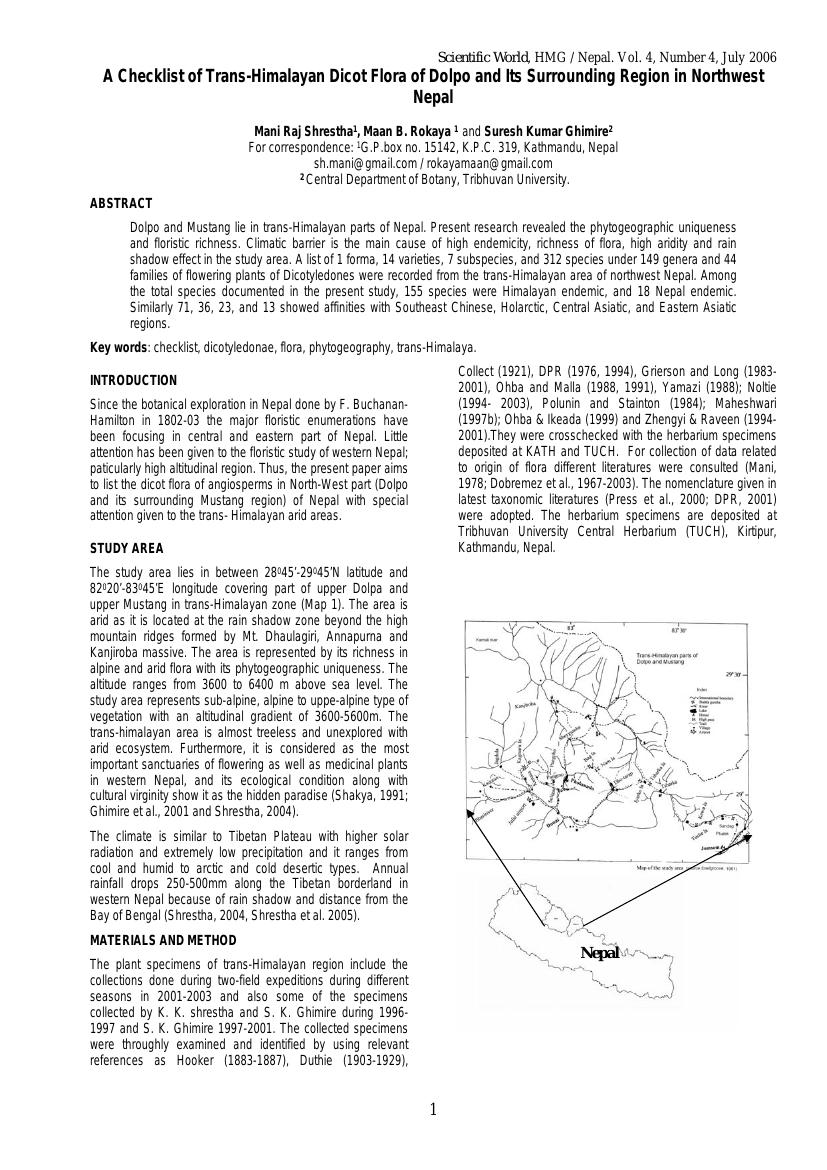 <div align="justify">Dolpo and Mustang lie in trans-Himalayan parts of Nepal. Present research has revealed the phytogeographic uniqueness and floristic richness of the area. The climatic barrier of the Himalayas is the main cause of the high endemicity, richness of flora, high aridity and rain shadow effect in the study area. A list of 1 forma, 14 varieties, 7 subspecies, and 312 species under 149 genera and 44 families of flowering plants of Dicotyledones were recorded from this trans-Himalayan area of northwest Nepal. Among the total species documented in the present study, 155 species were Himalayan endemic and 18 Nepal endemic. Similarly 71, 36, 23, and 13 showed affinities with Southeast Chinese, Holarctic, Central Asiatic, and Eastern Asiatic regions respectively.</div>