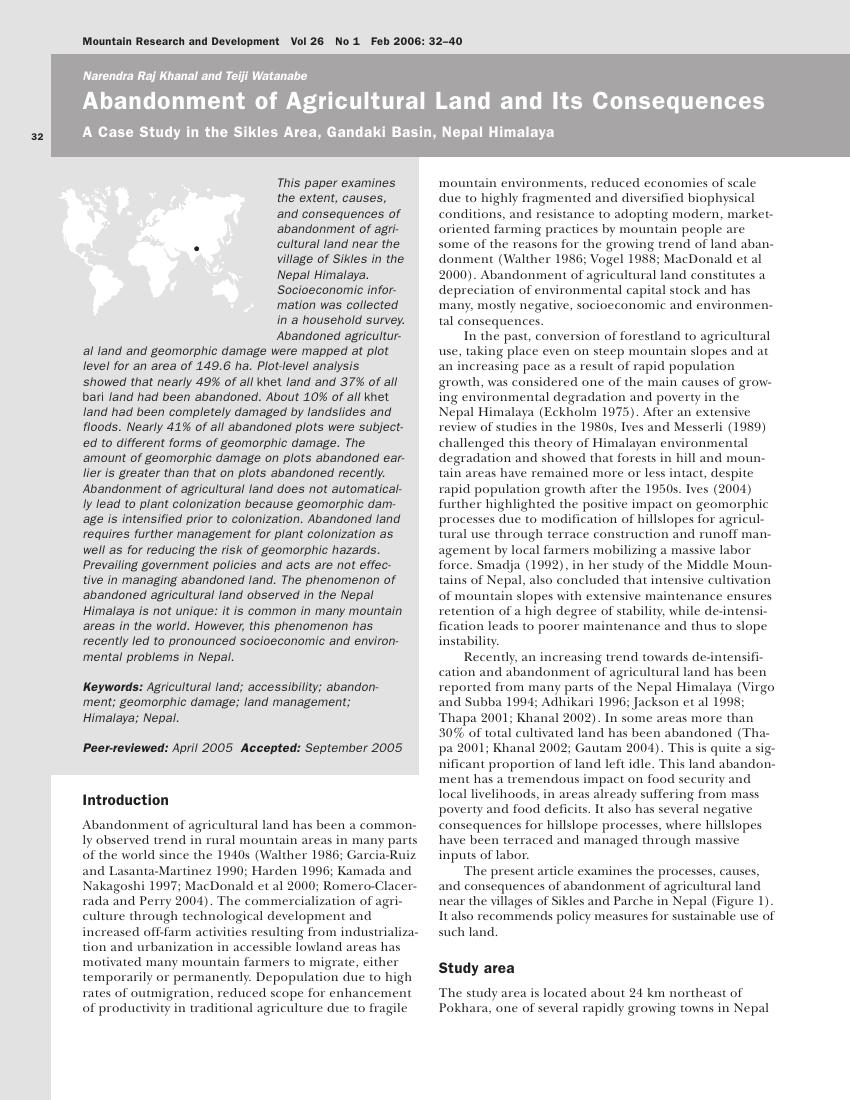 Abandonment of agricultural land and its consequences: A case study in the Sikles area, Gandaki Basin, Nepal Himalaya

This paper examines the extent, causes, and consequences of abandonment of agricultural land near the village of Sikles in the Nepal Himalaya. Socioeconomic information was collected in a household survey. Abandoned agricultural land and geomorphic damage were mapped at plot level for an area of 149.6 ha. Plot-level analysis showed that nearly 49% of all khet land and 37% of all bari land had been abandoned. About 10% of all khet land had been completely damaged by landslides and floods. Nearly 41% of all abandoned plots were subjected to different forms of geomorphic damage. The amount of geomorphic damage on plots abandoned earlier is greater than that on plots abandoned recently. Abandonment of agricultural land does not automatically lead to plant colonisation because geomorphic damage is intensified prior to colonisation. Abandoned land requires further management for plant colonization as well as for reducing the risk of geomorphic hazards. Prevailing government policies and acts are not effective in managing abandoned land. The phenomenon of abandoned agricultural land observed in the Nepal Himalaya is not unique: it is common in many mountain areas in the world. However, this phenomenon has recently led to pronounced socioeconomic and environmental problems in Nepal.