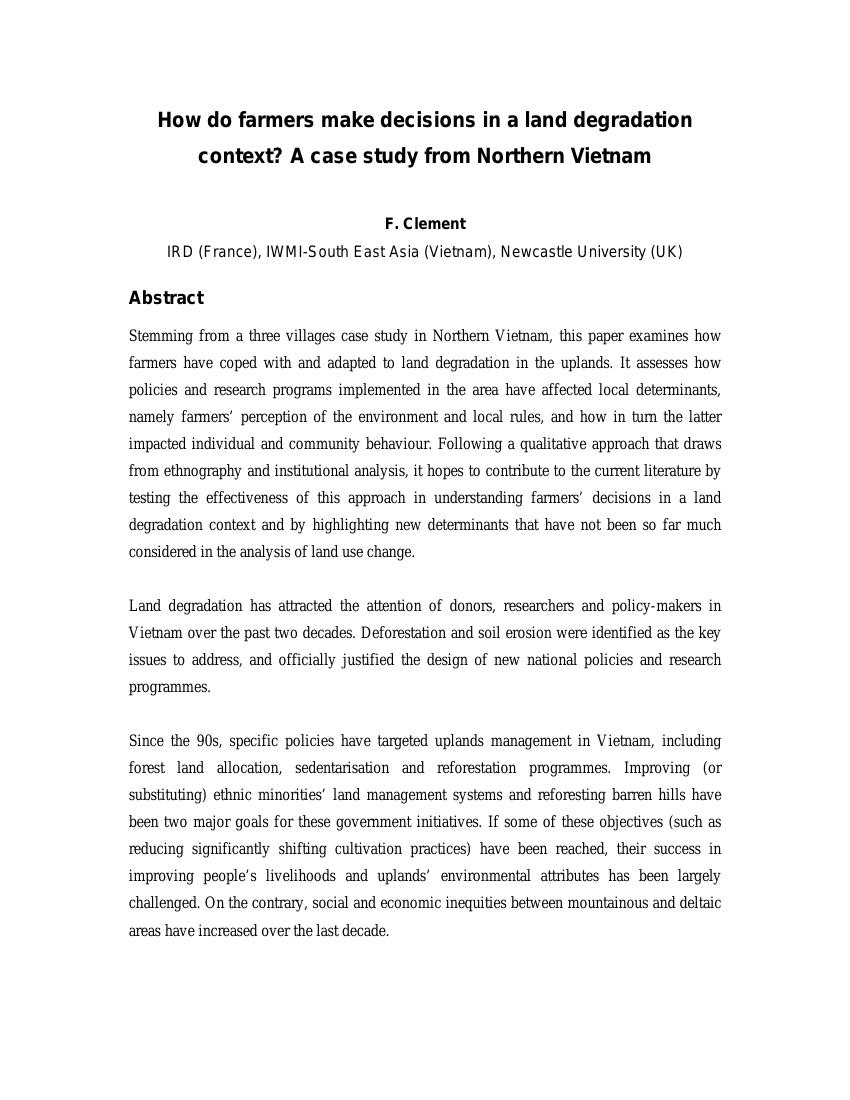 How do farmers make decisions in a land degradation context? A case study from northern Vietnam

Stemming from a three villages case study in Northern Vietnam, this paper examines how farmers have coped with and adapted to land degradation in the uplands. It assesses how policies and research programs implemented in the area have affected local determinants, namely farmers’ perception of the environment and local rules, and how in turn the latter impacted individual and community behaviour. Following a qualitative approach that draws from ethnography and institutional analysis, it hopes to contribute to the current literature by testing the effectiveness of this approach in understanding farmers’ decisions in a land degradation context and by highlighting new determinants that have not been so far much considered in the analysis of land use change.

Land degradation has attracted the attention of donors, researchers and policy-makers in Vietnam over the past two decades. Deforestation and soil erosion were identified as the key issues to address, and officially justified the design of new national policies and research programmes.

Since the 90s, specific policies have targeted uplands management in Vietnam, including forest land allocation, sedentarisation and reforestation programmes. Improving (or substituting) ethnic minorities’ land management systems and reforesting barren hills have been two major goals for these government initiatives. If some of these objectives (such as reducing significantly shifting cultivation practices) have been reached, their success in improving people’s livelihoods and uplands’ environmental attributes has been largely challenged. On the contrary, social and economic inequities between mountainous and deltaic areas have increased over the last decade.
2,152 Views
942 Downloads