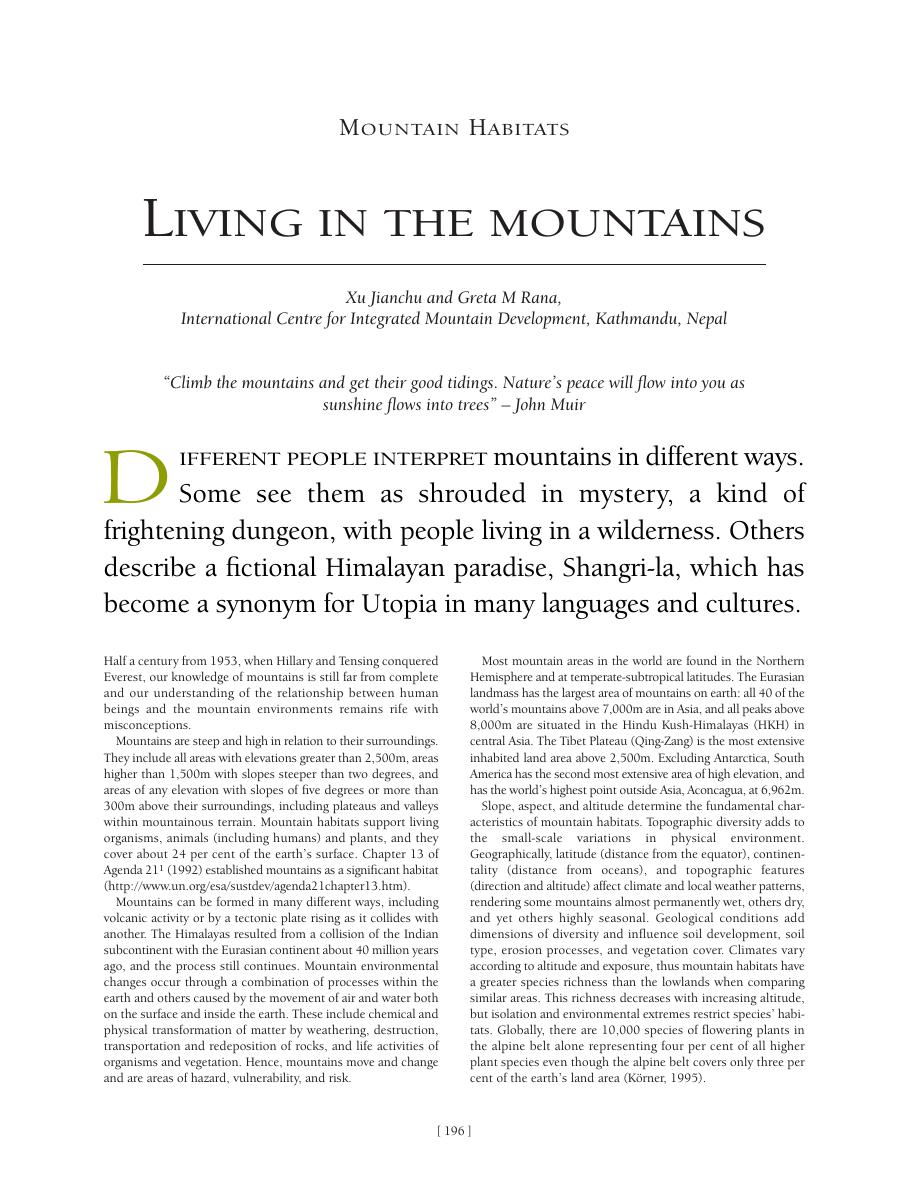 Living in the mountains

Different people interpret mountains in different ways. ome see them as shrouded in mystery, a kind of rightening dungeon, with people living in a wilderness. Others describe a fictional Himalayan paradise, Shangri-la, which has become a synonym for Utopia in many languages and cultures. Half a century from 1953, when Hillary and Tensing conquered Everest, our knowledge of mountains is still far from complete and our understanding of the relationship between human beings and the mountain environments remains rife with misconceptions.