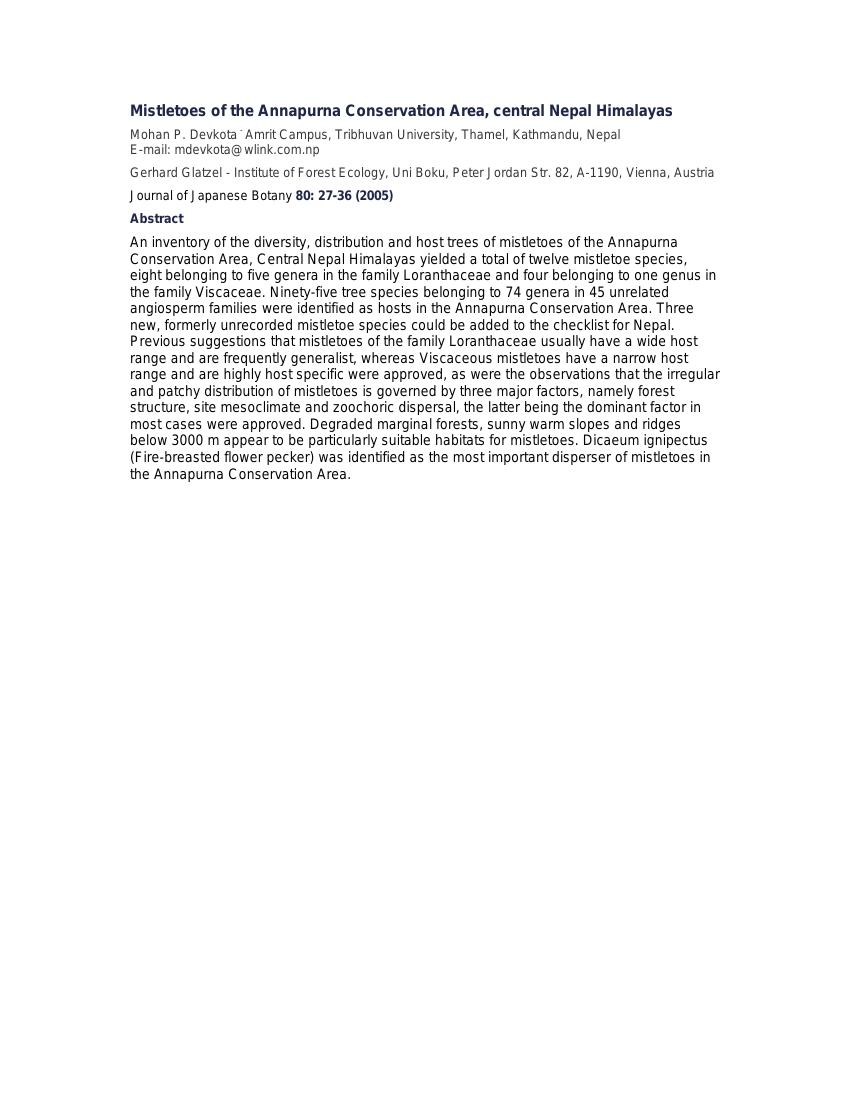 An inventory of the diversity, distribution and host trees of mistletoes of the Annapurna Conservation Area, Central Nepal Himalayas yielded a total of twelve mistletoe species, eight belonging to five genera in the family Loranthaceae and four belonging to one genus in the family Viscaceae. Ninety-five tree species belonging to 74 genera in 45 unrelated angiosperm families were identified as hosts in the Annapurna Conservation Area. Three new, formerly unrecorded mistletoe species could be added to the checklist for Nepal. Previous suggestions that mistletoes of the family Loranthaceae usually have a wide host range and are frequently generalist, whereas Viscaceous mistletoes have a narrow host range and are highly host specific were approved, as were the observations that the irregular and patchy distribution of mistletoes is governed by three major factors, namely forest structure, site mesoclimate and zoochoric dispersal, the latter being the dominant factor in most cases were approved. Degraded marginal forests, sunny warm slopes and ridges below 3,000 metres appear to be particularly suitable habitats for mistletoes. Dicaeum ignipectus (Fire-breasted flower pecker) was identified as the most important disperser of mistletoes in the Annapurna Conservation Area.