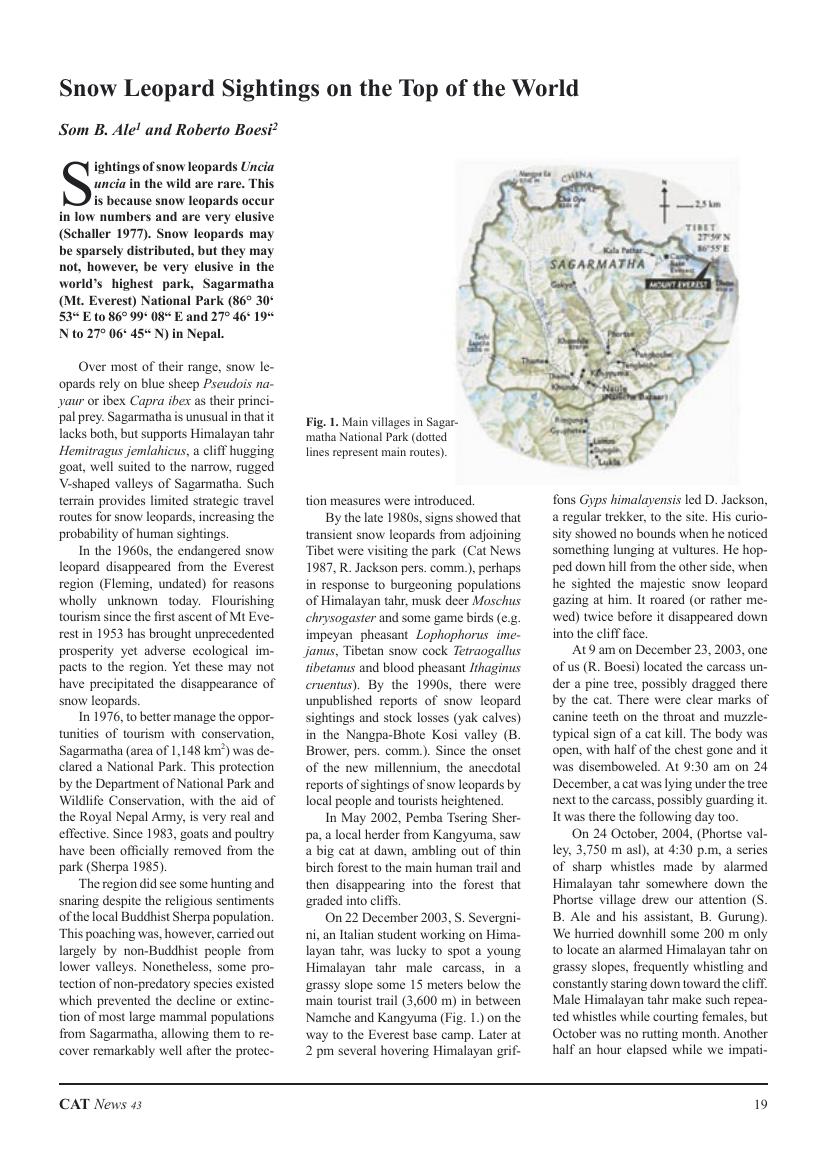 Snow leopard sightings on the top of the world

Sightings of snow leopards Uncia uncia in the wild are rare. This is because snow leopards occur in low numbers and are very elusive (Schaller 1977). Snow leopards may be sparsely distributed, but they may not, however, be very elusive in the world's highest park, Sagarmatha (Mt. Everest) National Park (86&amp;deg; 30' 53" E to 86&amp;deg; 99' 08" E and 27&amp;deg; 46' 19" N to 27&amp;deg; 06' 45" N) in Nepal. Over most of their range, snow leopards rely on blue sheep Pseudois nayaur or ibex Capra ibex as their principal prey. Sagarmatha is unusual in that it lacks both, but supports Himalayan tahr Hemitragus jemlahicus, a cliff hugging goat, well suited to the narrow, rugged V-shaped valleys of Sagarmatha. Such terrain provides limited strategic travel routes for snow leopards, increasing the probability of human sightings.