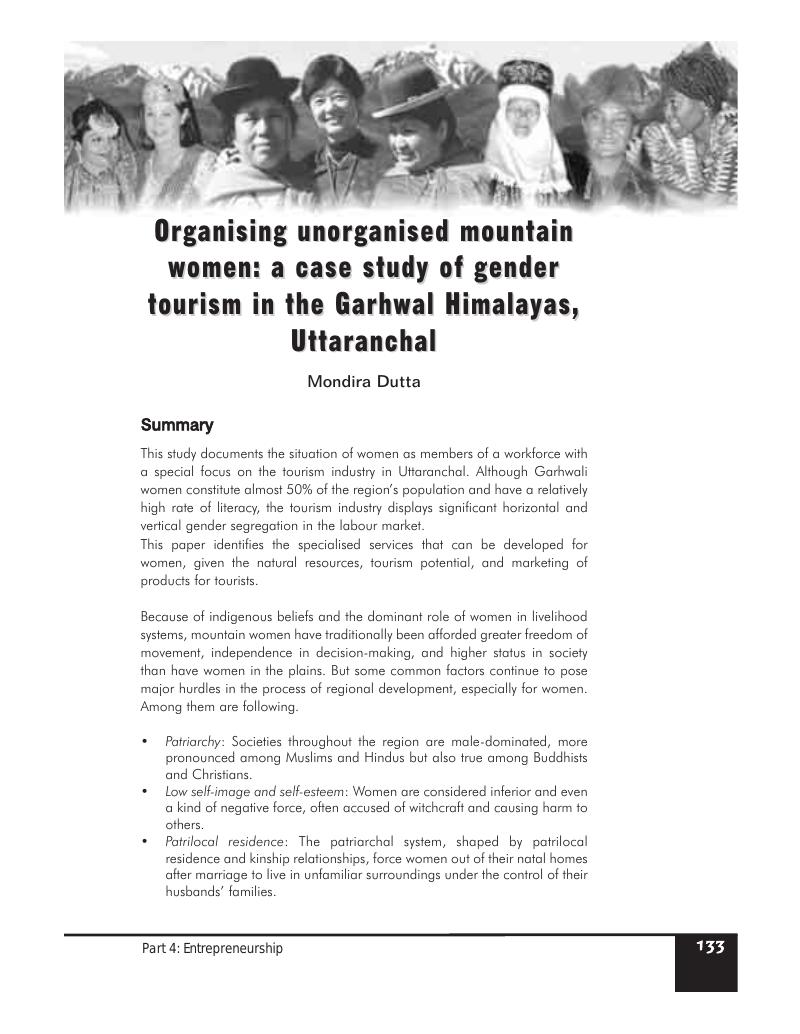 This study documents the situation of women as members of a workforce with a special focus on the tourism industry in Uttaranchal. Although Garhwali women constitute almost 50% of the region&rsquo;s population and have a relatively high rate of literacy, the tourism industry displays significant horizontal and vertical gender segregation in the labour market. This paper identifies the specialised services that can be developed for women, given the natural resources, tourism potential, and marketing of products for tourists.<br /> <br /> Because of indigenous beliefs and the dominant role of women in livelihood systems, mountain women have traditionally been afforded greater freedom of movement, independence in decision-making, and higher status in society than have women in the plains. But some common factors continue to pose major hurdles in the process of regional development, especially for women.