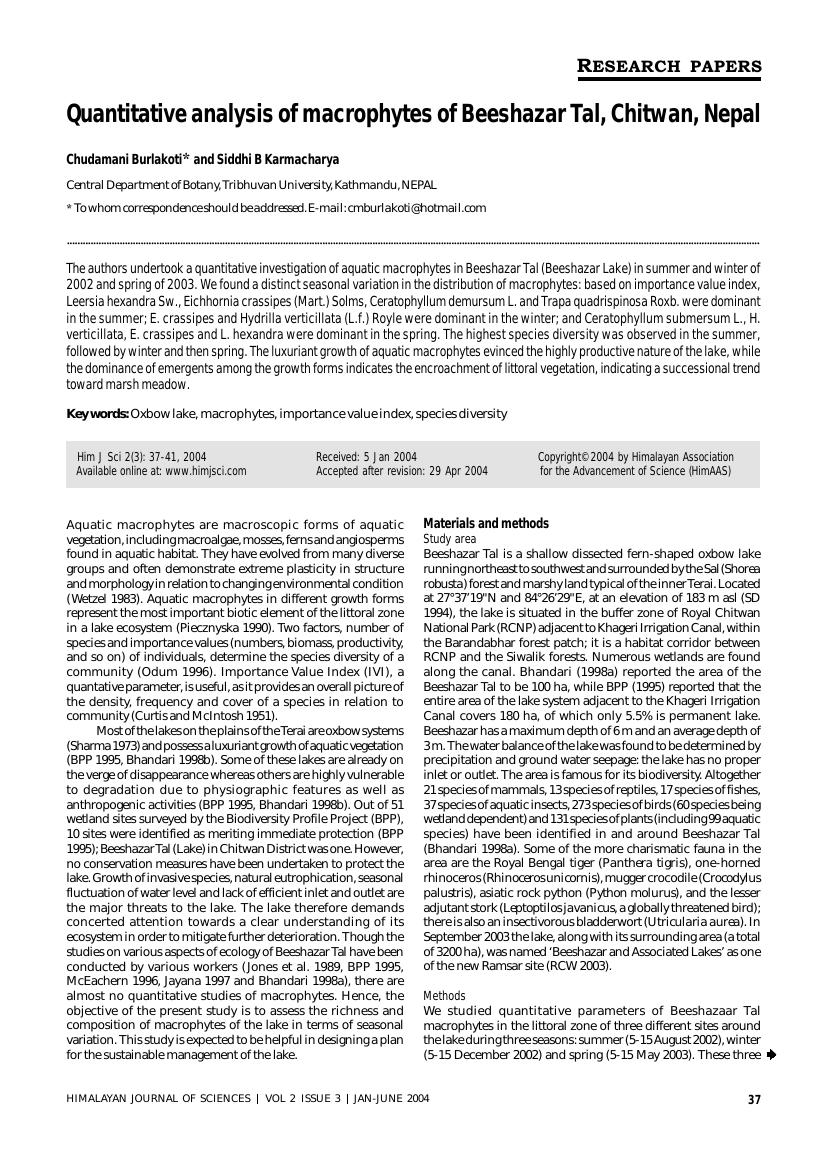 The authors undertook a quantitative investigation of aquatic macrophytes in Beeshazar Tal (Beeshazar Lake) in summer and winter of 2002 and spring of 2003. They found a distinct seasonal variation in the distribution of macrophytes: based on importance value index, Leersia hexandra Sw., Eichhornia crassipes (Mart.) Solms, Ceratophyllum demursum L. and Trapa quadrispinosa Roxb. were dominant in the summer; E. crassipes and Hydrilla verticillata (L.f.) Royle were dominant in the winter; and Ceratophyllum submersum L., H. verticillata, E. crassipes and L. hexandra were dominant in the spring. The highest species diversity was observed in the summer, followed by winter and then spring. The luxuriant growth of aquatic macrophytes evinced the highly productive nature of the lake, while the dominance of emergents among the growth forms indicates the encroachment of littoral vegetation, indicating a successional trend toward marsh meadow.
1,690 Views
667 Downloads