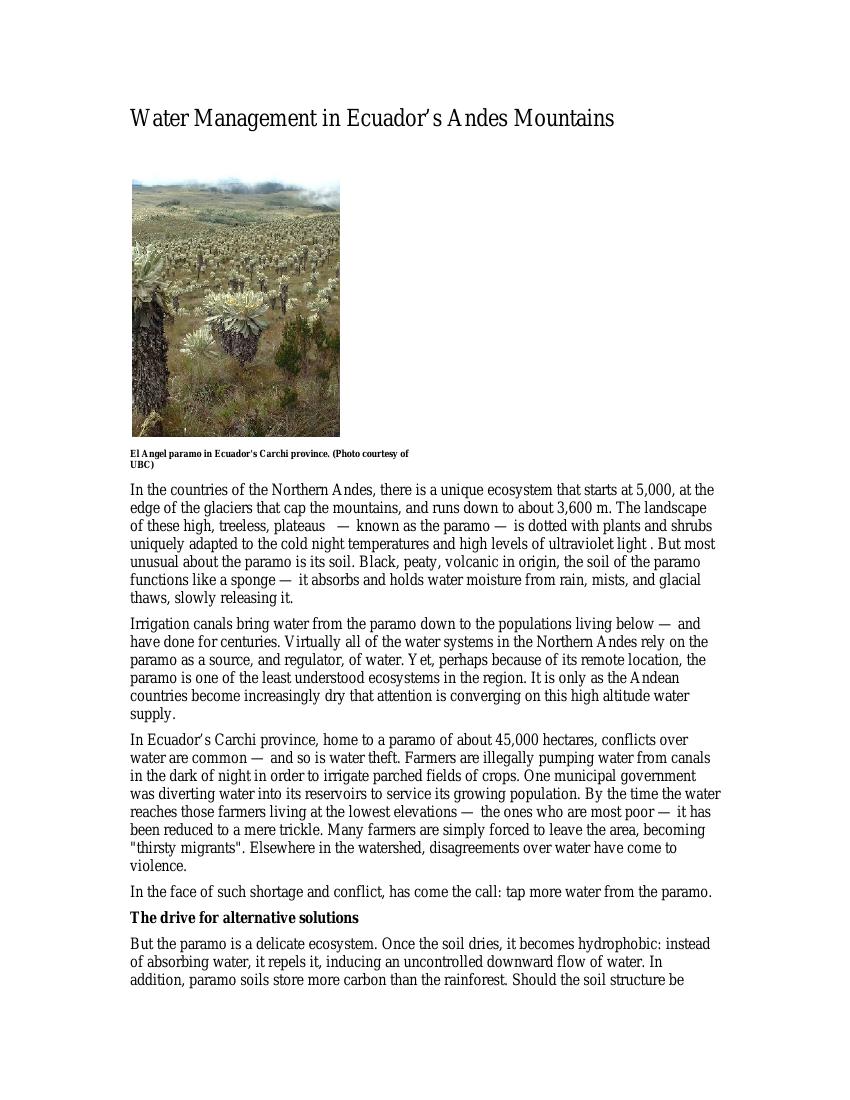 In the countries of the Northern Andes, there is a unique ecosystem that starts at 5,000, at the edge of the glaciers that cap the mountains, and runs down to about 3,600 m. The landscape of these high, treeless, plateaus ? known as the paramo ? is dotted with plants and shrubs uniquely adapted to the cold night temperatures and high levels of ultraviolet light . But most unusual about the paramo is its soil. Black, peaty, volcanic in origin, the soil of the paramo functions like a sponge ? it absorbs and holds water moisture from rain, mists, and glacial thaws, slowly releasing it. But the paramo is a delicate ecosystem. Once the soil dries, it becomes hydrophobic: instead of absorbing water, it repels it, inducing an uncontrolled downward flow of water. In addition, paramo soils store more carbon than the rainforest. Should the soil structure be seriously damaged, this carbon starts to decompose and is released in large quantities into the atmosphere. So in the El Angel watershed in Carchi province, there has been a concerted effort to find alternative ways to solve the problems of water shortages, driven largely by a research team working on a project known as Manrecur. Their work is supported by Canada?s International Development Research Centre (IDRC) among other donors. Article: http://www.idrc.ca/en/ev-29422-201-1-DO_TOPIC.html
835 Views
46 Downloads