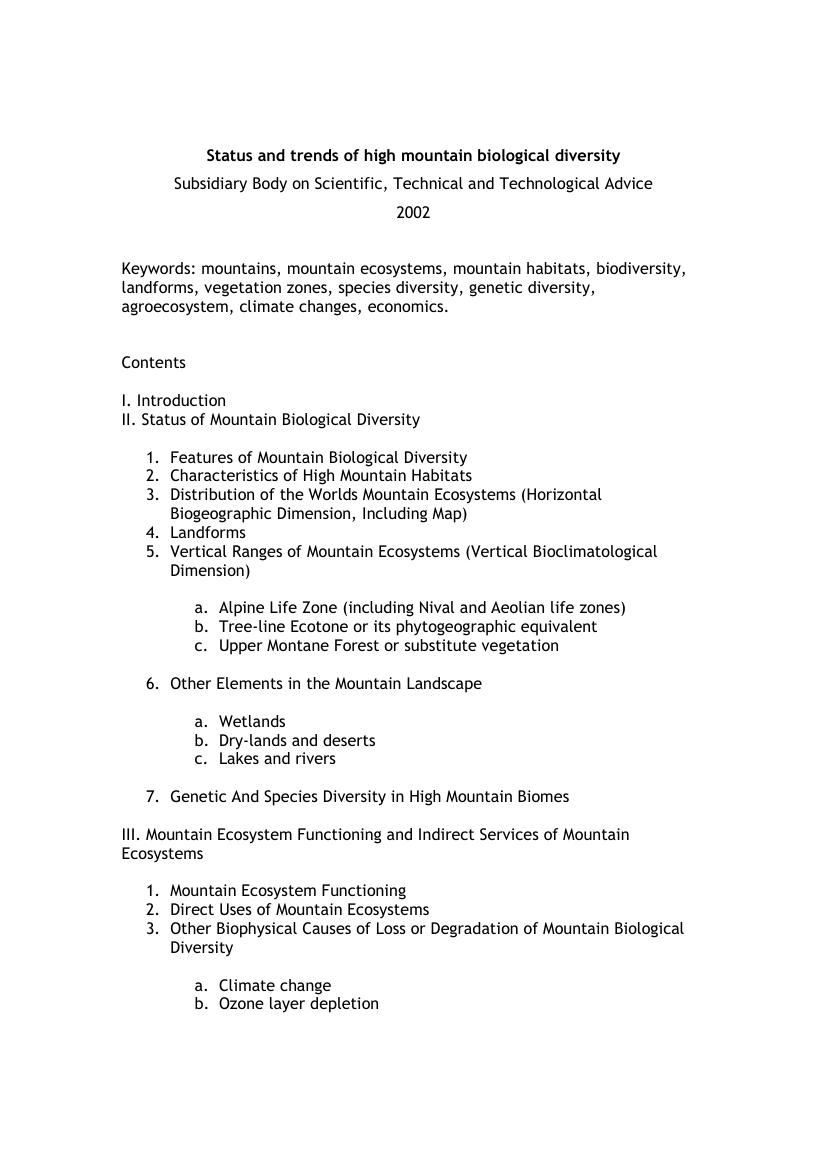 Human land use has largely influenced today's environment from lowlands to many high mountain tops. The perceived all-pervasive imperative of development is likely to cause further major alterations and degradation of many high mountain ecosystems. Biodiversity loss and nature conservation are recognised issues, however, their relative importance in relation to development issues is low. It is illuminating that a recent mountain think-tank publication on mountain area development, designed to complement Chapter 13 of Agenda 21 devoted a combined 5% to biological and cultural diversity and protected areas.
Genetic diversity, species richness and assemblages are the three main levels at which biological diversity is usually described (Secretariat of the Convention on Biological Diversity 2001). Species richness has had the longest history of study; its study and those of assemblages and their landscape-scale patterns and functional attributes in the alpine zone have recently been reported. Genetic diversity is an important aspect and its investigation has gained popularity, however, the interpretation of genetic diversity in the context of assemblages is difficult. Likewise, the relationship between species richness and ecosystem functioning has been the subject of many debates.
573 Views
96 Downloads