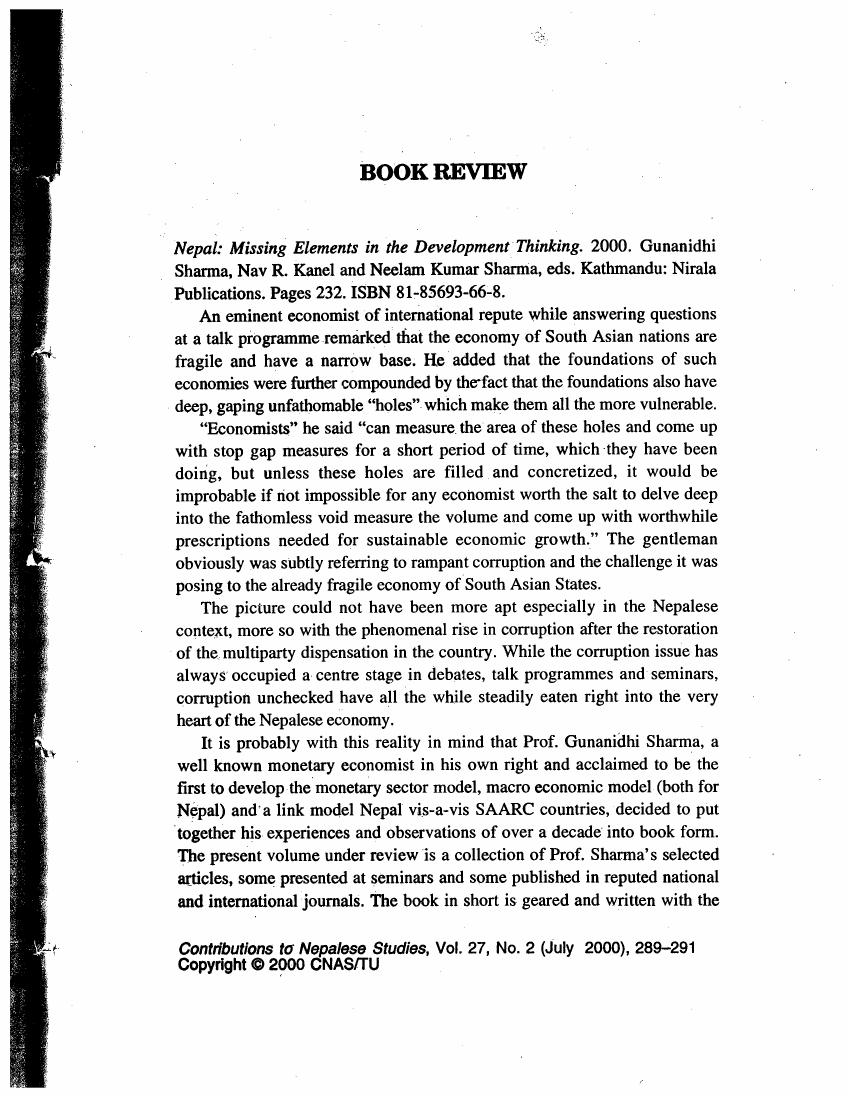 Book review: Sharma, G; Kanel, N.R.; Sharma, N.K.; eds. 2000, Nepal: Missing elements in the development thinking. Nirala Publications, Kathmandu, Nepal. An eminent economist of international repute while answering questions at a talk programme remarked that the economy of southern Asian nations are fragile and have a narrow base. He added that the foundations of such economies were further complicated by the fact that the foundations also have deep, gaping, unfathomable "holes" which make them all the more vulnerable. The picture is apt in the Nepalese context, especially with the rise of corruption after the restoration of the multiparty dispensation in the country. While the corruption issue has always occupied a centre stage in debates, talk programmes and seminars, corruption unchecked have all the while steadily eaten right into the very heart of the Nepalese economy.
658 Views
11 Downloads