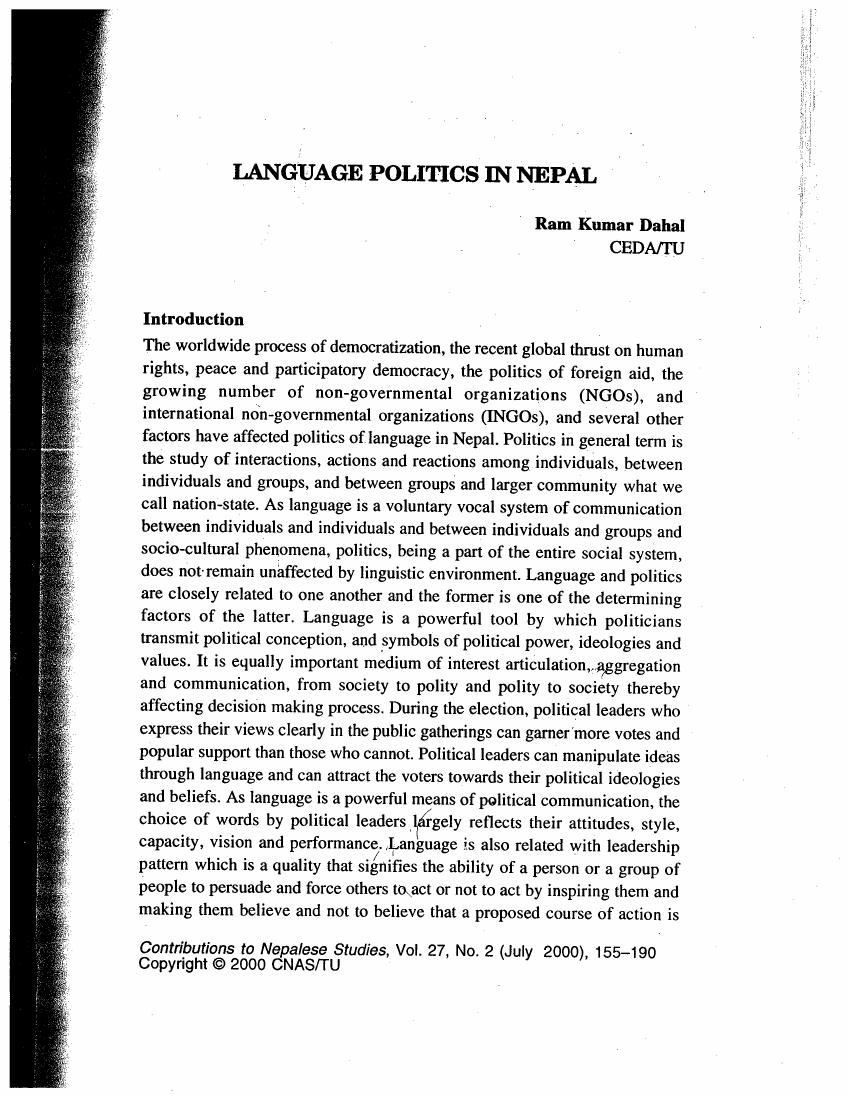 The worldwide process of democratisation, the recent global thrust on human rights, peace and participatory democracy, the politics of foreign aid, the growing number of non-governmental organisations (NGOs), and international non-governmental organisations (INGOs), and several other factors have affected politics of language in Nepal. Politics in general terms is the study of interactions, actions and reactions among individuals, between individuals and groups, and between groups and the larger community that we call the nation state. As language is a voluntary vocal system of communication between individuals and individuals, and between individuals and and groups and socio-cultural phenomena, politics being part of the entire social system does not remain unaffected by linguistic environment. Language and politics are closely related to one another and the former is one of the determining factors of the latter. Language is a powerful tool by which politicians transmit political conception, and symbols of political power, ideologies and values. It is equally important medium of interest articulation, aggregation and communication, from society to polity and polity to society thereby affecting decision making processes.
2,458 Views
1,158 Downloads