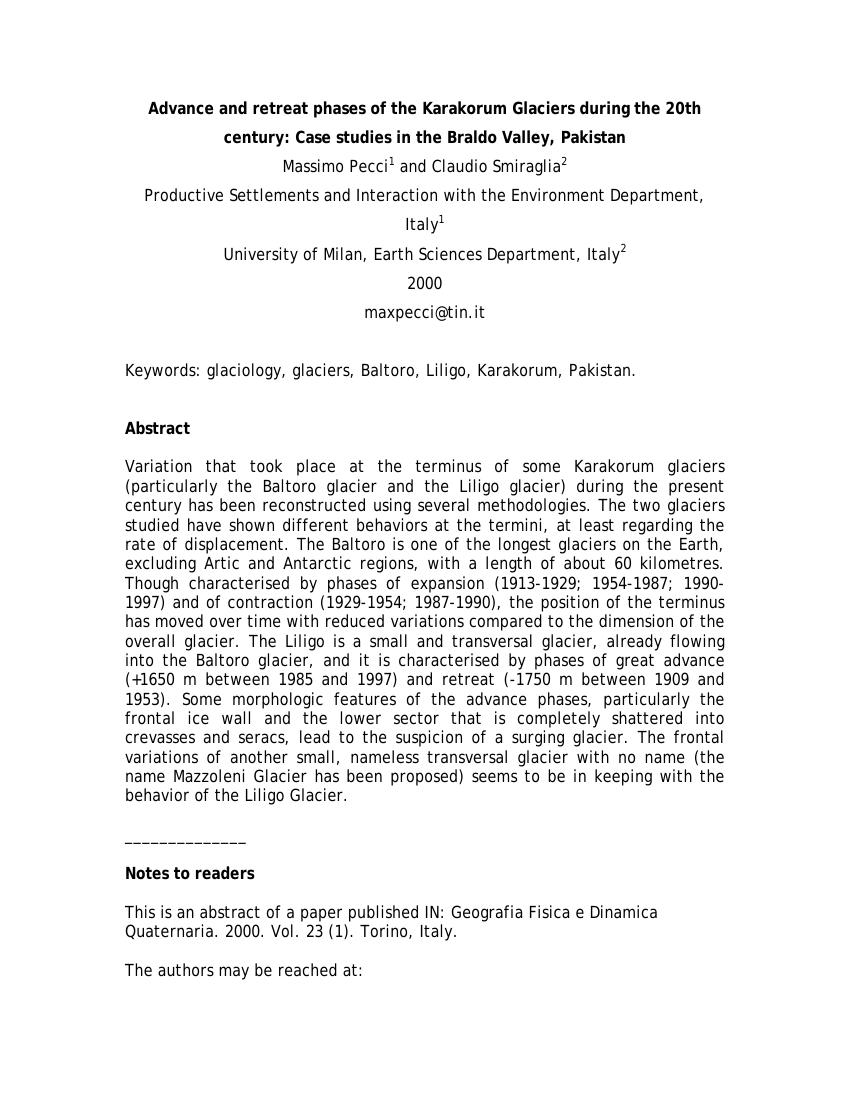 Advance and retreat phases of the Karakorum glaciers during the 20th century: Case studies in the Braldo Valley, Pakistan

Variation that took place at the terminus of some Karakorum glaciers (particularly the Baltoro glacier and the Liligo glacier) during the present century has been reconstructed using several methodologies. The two glaciers studied have shown different behaviors at the termini, at least regarding the rate of displacement. The Baltoro is one of the longest glaciers on the Earth, excluding Artic and Antarctic regions, with a length of about 60 kilometres. Though characterised by phases of expansion (1913-1929; 1954-1987; 1990-1997) and of contraction (1929-1954; 1987-1990), the position of the terminus has moved over time with reduced variations compared to the dimension of the overall glacier. The Liligo is a small and transversal glacier, already flowing into the Baltoro glacier, and it is characterised by phases of great advance (+1650 m between 1985 and 1997) and retreat (-1750 m between 1909 and 1953). Some morphologic features of the advance phases, particularly the frontal ice wall and the lower sector that is completely shattered into crevasses and seracs, lead to the suspicion of a surging glacier. The frontal variations of another small, nameless transversal glacier with no name (the name Mazzoleni Glacier has been proposed) seems to be in keeping with the behavior of the Liligo Glacier.