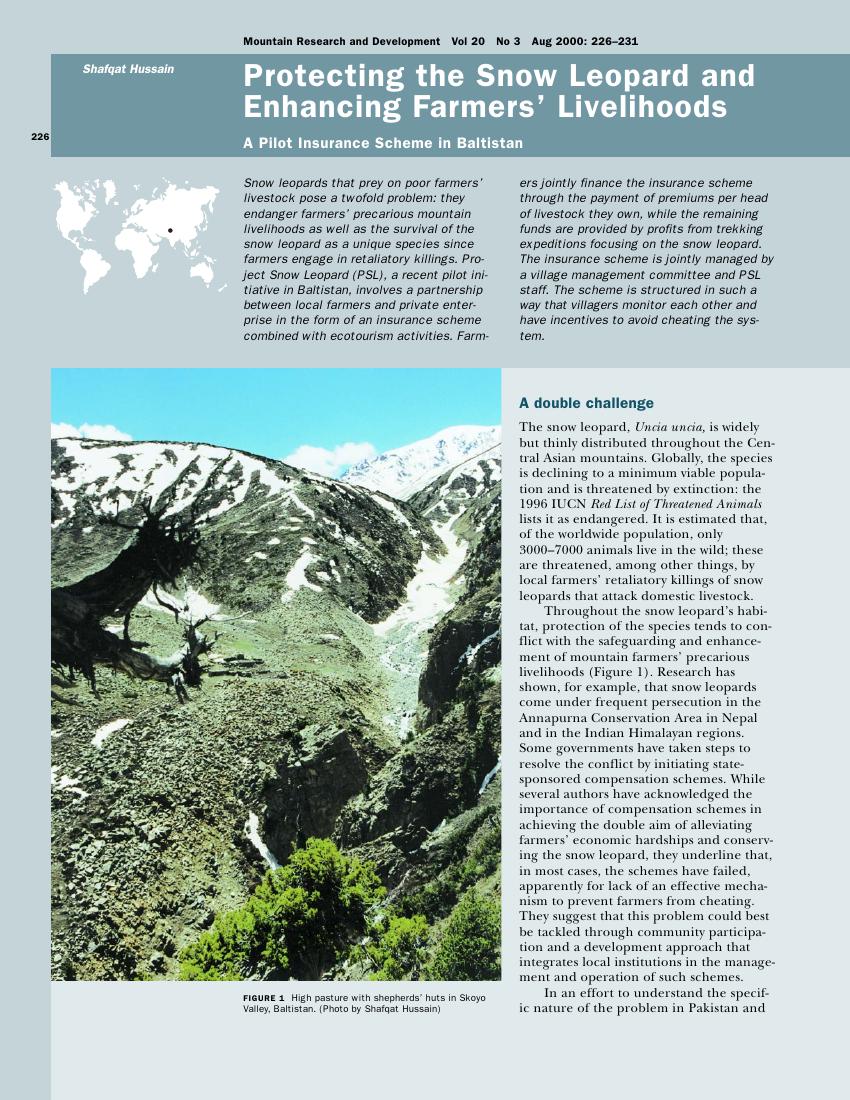 Snow leopards that prey on poor farmers' livestock pose a twofold problem: they endanger farmers' precarious mountain livelihoods as well as the survival of the snow leopard as a unique species since farmers engage in retaliatory killings. Project Snow Leopard (PSL), a recent pilot initiative in Baltistan, involves a partnership between local farmers and private enterprise in the form of an insurance scheme combined with ecotourism activities. Farmers jointly finance the insurance scheme through the payment of premiums per head of livestock they own, while the remaining funds are provided by profits from trekking expeditions focusing on the snow leopard. The insurance scheme is jointly managed by a village management committee and PSL staff. The scheme is structured in such a way that villagers monitor each other and have incentives to avoid cheating the system.
612 Views
113 Downloads