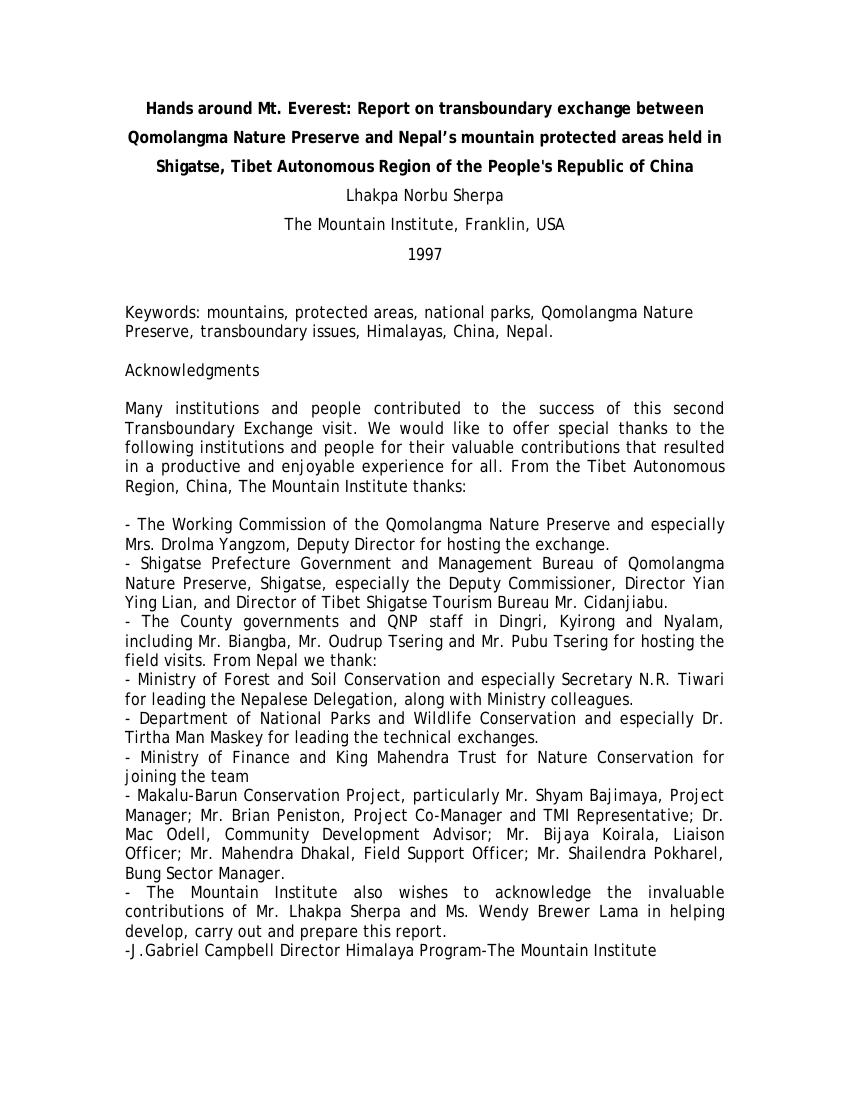 Three of Nepal's national parks, Sagarmatha, Langtang and Makalu-Barun, and Tibet's Qomolangma Nature Preserve, extend protected area status across nearly 40,000 square kilometers of the central Himalaya. (Everest is known as Mount Sagarmatha to Nepalis and Qomolangma to Tibetans). The greater Mount Everest Ecosystem, comprising these four protected areas, have much more in common than an international border, however. They share a dynamic history of cultural and biological exchange that is now being strengthened through a transboundary program supporting cooperative natural resource management and enhancement of local livelihoods through traditional trade, tourism and conservation. Supported by a grant from the John D. and Catherine T. MacArthur Foundation, The Mountain Institute (TMI), an international NGO based in West Virginia, U.S.A. and the Governments of Nepal and China, have initiated a series of discussions and activities to promote transboundary collaboration, applied research, and participatory management in biodiversity and cultural conservation between QNP and the three adjoining mountain parks of Nepal. In September 1996, one year after the first transboundary workshop was held in Nepal, a second exchange was held inTibet involving high level officials of both the Governments of Nepal and the Tibet Autonomous Region, as well as Park and Preserve managers and field directors. The outcome of this second meeting was a commitment to continue working together toward the effective control of environmentally damaging cross-border activities including forest fires, wildlife poaching, illegal timber cutting and trade in wildlife products; toward initiating the opening of new border crossings for tourists and developing opportunities for local peoples to engage in related income-generating activities; and to formalize transboundary cooperation for these purposes at both the national and local levels.