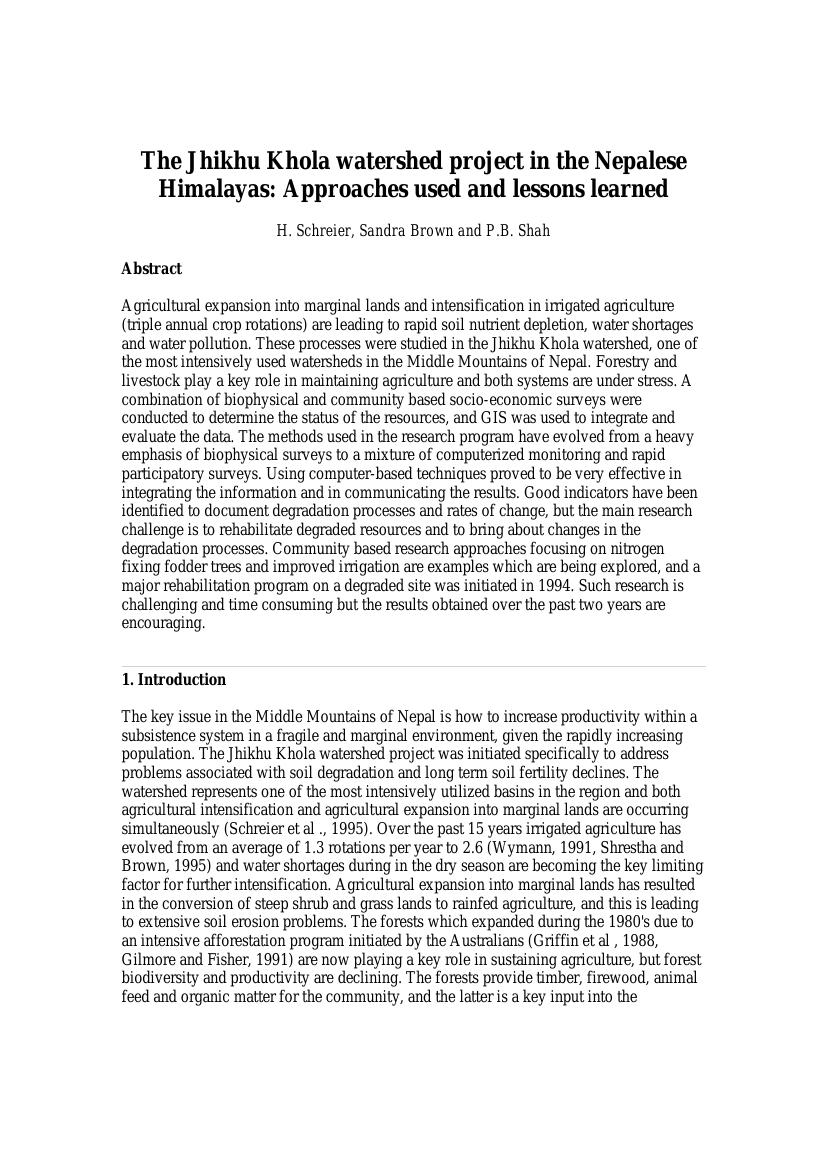 Agricultural expansion into marginal lands and intensification in irrigated agriculture (triple annual crop rotations) are leading to rapid soil nutrient depletion, water shortages and water pollution. These processes were studied in the Jhikhu Khola watershed, one of the most intensively used watersheds in the Middle Mountains of Nepal. Forestry and livestock play a key role in maintaining agriculture and both systems are under stress. A combination of biophysical and community based socio-economic surveys were conducted to determine the status of the resources, and GIS was used to integrate and evaluate the data. The methods used in the research program have evolved from a heavy emphasis of biophysical surveys to a mixture of computerized monitoring and rapid participatory surveys. Using computer-based techniques proved to be very effective in integrating the information and in communicating the results. Good indicators have been identified to document degradation processes and rates of change, but the main research challenge is to rehabilitate degraded resources and to bring about changes in the degradation processes. Community based research approaches focusing on nitrogen fixing fodder trees and improved irrigation are examples which are being explored, and a major rehabilitation program on a degraded site was initiated in 1994. Such research is challenging and time consuming but the results obtained over the past two years are encouraging.